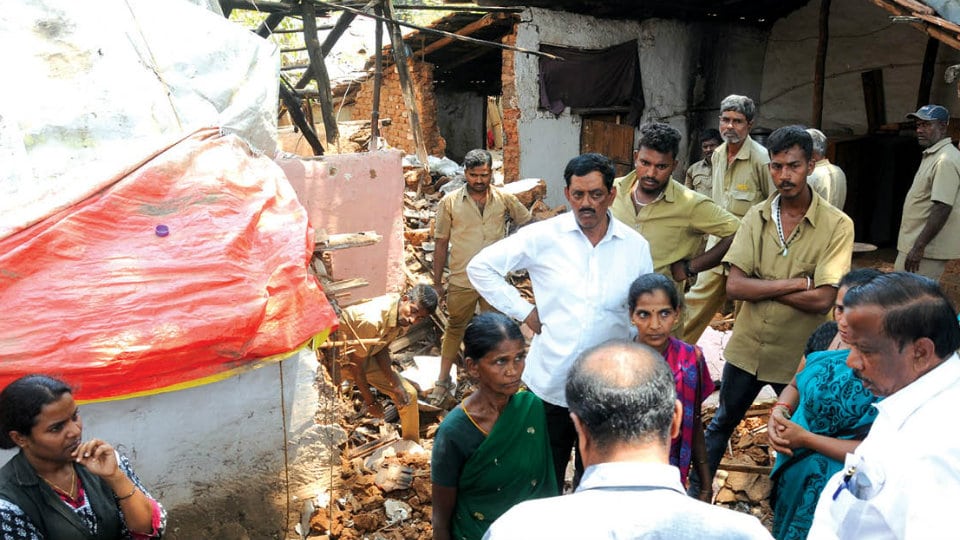 Walls of four houses collapse in Medar Block, none injured

The houses belonged to Puttamma Channegowda, Hemavati Thimmegowda, Shobha Kumar and Vasantha Pandu. As all the occupants of the four houses had been away for work, they were saved.

On receiving information, Corporator D. Naghabushan arrived at the spot and made arrangement to temporarily rehabilitate the occupants at the Slum Board Housing Complex in Ekalavya Nagar.

Speaking on the incident, Nagabhushan said that the damaged houses had mud walls and were in a dilapidated state.

He added that being adjacent to the railway track, the vibrations transmitted by moving trains could have weakened the mud walls eventually to collapse.

He further said that about 120 families in the area have been provided accommodation at the Slum Board Housing Complex and would be moved there soon.