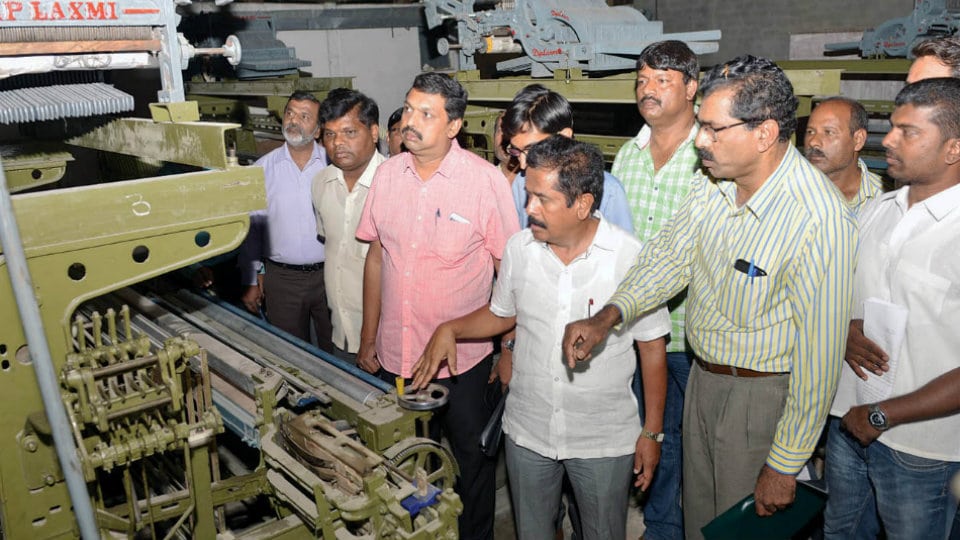 The Karnataka Silk Industries Corporation (KSIC) will soon increase the number of looms at its manufacturing units in Mysuru and Channapatna, said KSIC Chairman and MLA M.K. Somashekar here this morning.

Speaking to mediapersons after inspecting the proposed land for construction of a new building at KSIC premises on Manandavadi Road, he said that the company, at present, was unable to meet the demand for Mysore Silk sarees and hence had decided to increase the number of looms.

He said that KSIC would be adding 20 new electric looms each at Mysuru and Channapatna units to increase production of silk material.

“At present, Mysuru unit alone has been manufacturing 35,000 mts silk fabric in one shift per month from 139 electric looms which will be increased to 50,000 mts after adding the new looms.  The total production is expected to reach 2.10 lakh mts from two units,” he said and added that Chief Minister Siddharamaiah has provided Rs. 5 crore in the budget to increase the number of looms.

Apart from this, KSIC will soon start production of soft silk sarees to ensure that the product reaches a large customer base. “Many have not been able to purchase Mysore Silk sarees owing to financial constraints. The new soft silk sarees will be available at affordable rates,” Somashekar added.

The Mysore Silk Factory or the KSIC has earned a profit of Rs. 22.80 crore during 2015-16 financial year and aims to improve the performance in the years to come, the MLA said.