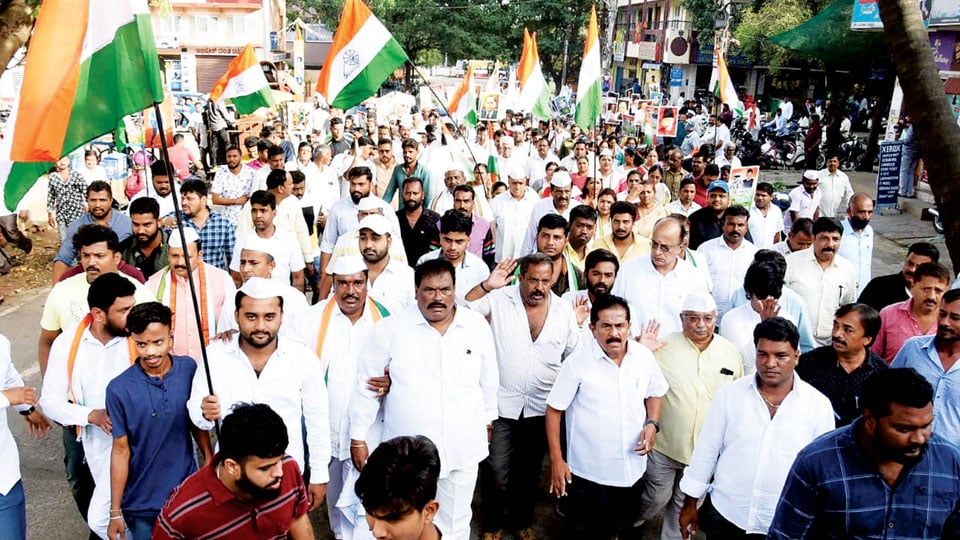 Mysore/Mysuru: As part of 75th year of Independence, the Congress, led by former MLA M.K. Somashekar took out a Freedom March (Swatantrya Nadige) in K.R. Assembly segment on Wednesday.

Addressing the gathering, Somashekar said that it has become inevitable to launch another freedom movement of sorts  for throwing  out corrupt and communal BJP Governments both at the Centre and in the State.

Contending that the BJP Government has taken the country’s economy to the brink of collapse, he alleged that the Government was only favouring corporates and capitalists, while ignoring the poor and the common man. Accusing the BJP of selling the country’s assets, he maintained that the poor were leading a miserable life because of rising prices and unemployment.