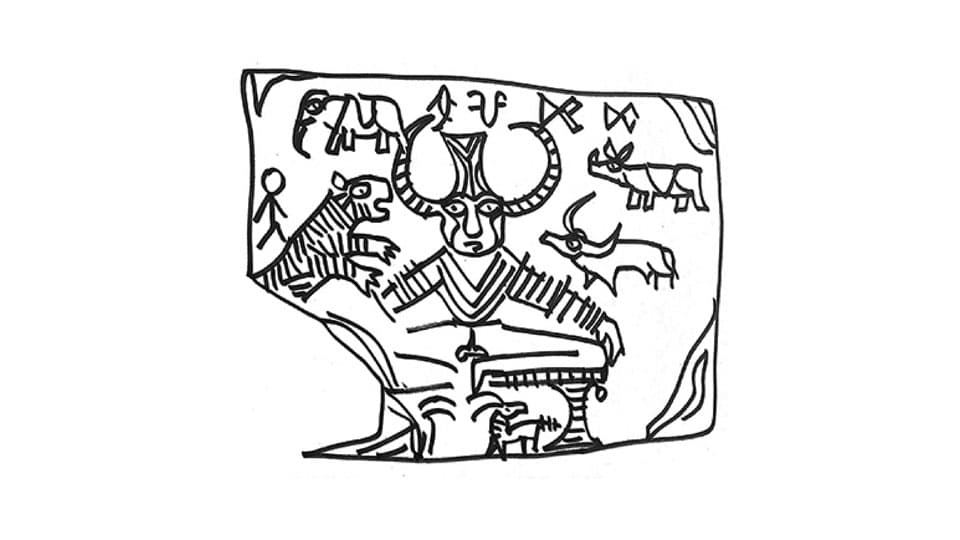 Was Harappa a Jain Civilisation?

The Harappan civilisation thrived in the Indus Valley 4,500 years ago, roughly around the time the pyramids were being built in Egypt. It is famous for its grid-like cities. Here, we find a seal of a man sitting in a yogic position, surrounded by wild animals. People have identified him as proto-Shiva and call it the Pashupati seal: Shiva’s form surrounded by wild animals. But, in the Vedas, Pashupati is linked to domestic animals, not wild animals. So, is this Shiva? Or someone else. Few point to the possibility that this could be a Jain image of a Jina, conqueror of all passions.

Jain mythology comes to us from manuscripts that are 1,500 years old. Yet, they speak of an ancient time 84,000 years ago. These are fantastic timelines and they suggest that Jain thought was very old, some claim older than Ramayana and Mahabharata. The great Jain teachers were called Jinas or Tirthankaras. Each one was associated with an animal symbol. What is interesting is that four of the five animals on the Pashupati seal can be linked to these teachers. The goat with Kunthunath, rhinoceros with Shreyasnath, the elephant with Ajithnath and water buffalo with Vasupujyanath. Some argue it’s not a goat, but a deer. In that case, it would be symbol of Shantinath not Kunthunath. The fifth animal tiger is an odd one out. Mahavira is linked to lion, not tiger.

The zebu or humped bull, found in other Harappan seals, is linked to Rishabhnath. Images of a swastika and the knot known as Srivatsa, found on seals, are all associated with Tirthankaras. The lion and horse are found in Vedic scriptures, and in Jain list of symbols for Tirthankars, but not in Harappan seals.

Not all Harappans would have been Jain, for we know that people ate fish and meat of cattle, pigs, fowls and wild animals. The cities would have had diverse faiths, but clearly some would have practised some form of proto-Jainism.

We know that the Harappan cities were cities of traders who manufactured beads. These beads were sold in Mesopotamia. We also know there was a trading colony of Harappans who lived in Mesopotamia. They exported beads and sesame, as well as chicken and dogs, they imported metal, woollen cloth and bitumen. Most Jain followers are traders as it keeps them away from the violence associated with agriculture, mining and herding occupations.

Jains are known for their sense of hygiene and purity, also found in Harappan cities with water tanks and a very sophisticated drainage system. Harappan seals are found in Mesopotamia, but no Mesopotamian seals are found in Harappa. Mesopotamia was famous for its cuneiform script, which had no impact on the Harappan writing. All this suggest that the Harappan civilisation preferred isolation, very similar to Jains, who isolate themselves with strict food habits. All these go in favour of Harappa having Jain influence. There is no way to prove or disprove this. This is a great conversation over tea.