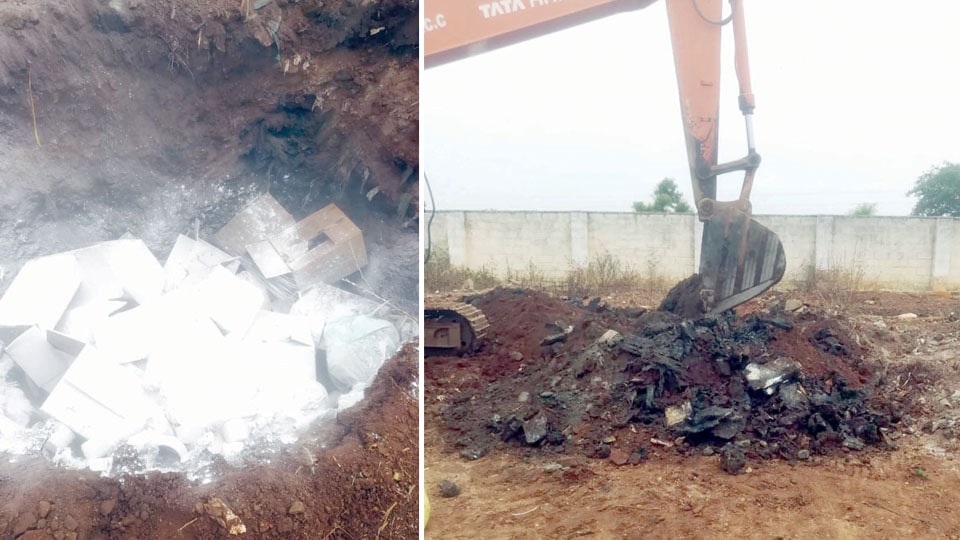 Waste collected from houses under quarantine scientifically disposed of

Mysore/Mysuru: Following directions from the Director of the Directorate of Municipal Administration on Mar. 30 regarding action to be taken while collecting waste from quarantined houses in city, the Mysuru City Corporation (MCC) has taken steps to collect and dispose of waste scientifically.

He has also stated that Personal Protective Equipment (PPE) kits have been provided to nine Pourakarmikas and nine drivers and added that all the vehicles that are transporting waste are sprayed with Hypochlorite Solution and then cleaned daily. The MCC Commissioner further said that the waste collected from quarantined houses are buried inside a deep pit as per the instructions from the Ministry of Housing and Urban Affairs.

Do not dispose of face masks with other waste

Gurudatta Hedge said that people are displaying negligent attitude and are disposing face masks with other waste, on roadsides and public places which would pollute the environment and also prove dangerous to others by spreading COVID-19. Hence, waste from non-quarantine houses — face masks, gloves etc. has been considered as Household Harmful Waste. He has asked the residents to wrap face masks and gloves in separate paper and hand it over to Pourakarmikas and not mix it with other waste. Action would be initiated against offenders, he added.