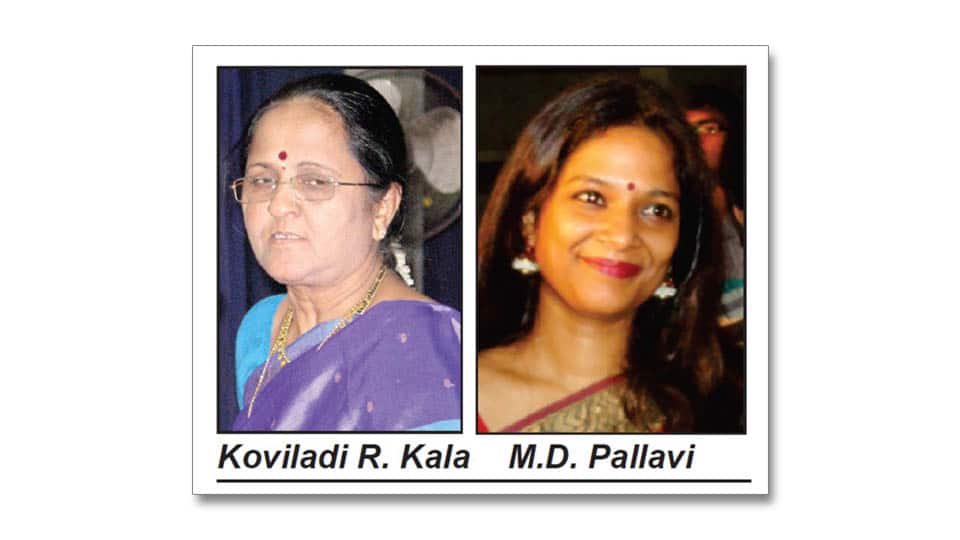 On Mar.10, Vidu. Koviladi R. Kala is presenting a vocal concert for Gunamba Nanjaraje Urs endowment. She will be accompanied by R. Achyuta Rao on violin, G.S. Ramanujan on mridanga and C.A. Raghunandan Rao on ghata.

Koviladi R. Kala hails from a renowned musical family from Tamil Nadu. Father was an established musician Koviladi Rangarajan. She has done her graduation in Music from Madras University and certificate in music from Tamil Nadu. She is presently settled at Mysuru for quite sometime.

The programme is sponsored by Harin Nanjaraje Urs.

On Mar.11, the popular multifaceted artiste M.D. Pallavi is enthralling the audience through her Hindustani Vocal and Vachana Gayana. She will be supported by Gurumurthy Vaidya on tabla and Rohith Bharadwaj on harmonium.

She won the Karnataka State Film Awards for Best Playback Singer in 2006 and 2007 for her song “Nodayya Kwate Lingave” sung in the 2007 film ‘Duniya.’

Pallavi has been actively involved in the theatre since her early years. She worked in the production of street plays and acted in stage plays, including Hamlet, Maanishaadha, etc.. She has been a faculty member for several theatre workshops. Behind the curtain she worked on productions for her grandfather, A.S. Murthy. Pallavi worked behind the camera for single episodes of two television series. She acted in the television show Mayamruga and the popular television show Garva. She won the Aryabhatta “Best Actress” award. She also acted with Umashree in National award winning Kannada movie Gulabi Talkies.