Home » Sports » ‘We’re the Messi and Ronaldo of Tennis’ 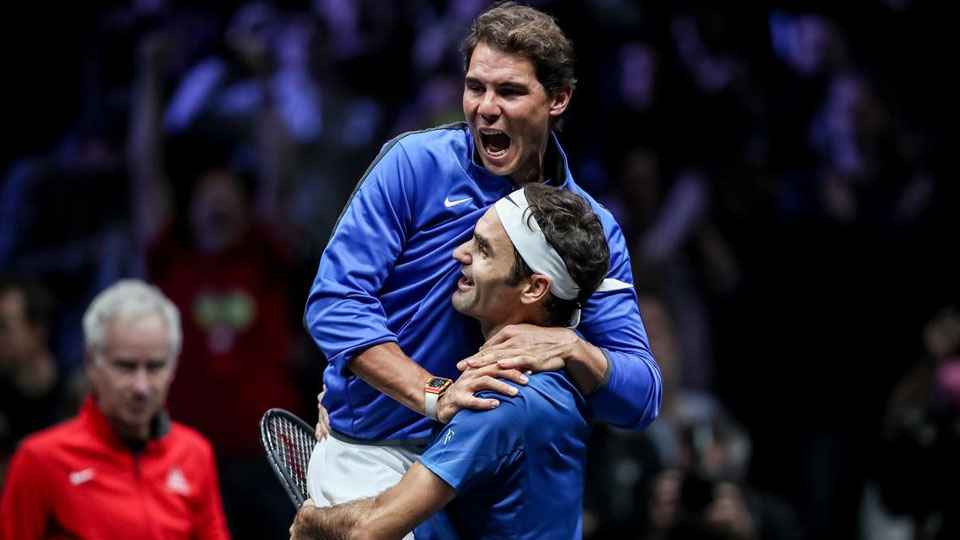 ‘We’re the Messi and Ronaldo of Tennis’

London: Roger Federer marked the 10th anniversary of his epic Wimbledon final loss to Rafael Nadal by claiming his rivalry with the Spaniard is the equal of the battle between football superstars Lionel Messi and Cristiano Ronaldo.

Federer will start his bid for a ninth Wimbledon title against Serbia’s Dusan Lajovic on Centre Court on July 2 at 5.30 pm (IST).

But, on the eve of the Swiss star’s 20th Wimbledon, the defending champion’s mind drifted back to the evening he was dethroned by Nadal in a classic final widely regarded as the greatest match ever played.

Federer had beaten Nadal in two previous Wimbledon finals before the Spaniard knocked him off his perch in 2008 with a five-set thriller lasting almost five hours and late into the evening in front of an enthralled global audience of millions.

It was the match that cemented Federer and Nadal as the giants of their generation and accelerated the sport’s resurgence as a multi-million pound industry.

Nadal’s triumph — his first at Wimbledon — fuelled an epic rivalry that reminds Federer of the way Barcelona striker Messi and Real Madrid forward Ronaldo have slugged it out for the top prizes in football.

Before he can contemplate avenging that loss, Federer’s immediate aim is to avoid a first round wobble against world number 57 Lajovic.

Despite all his experience, playing the first match on Centre Court is still an anxious moment for Federer, who skipped the clay-court season to stay fresh for Wimbledon.