Home » News » When the Music ended 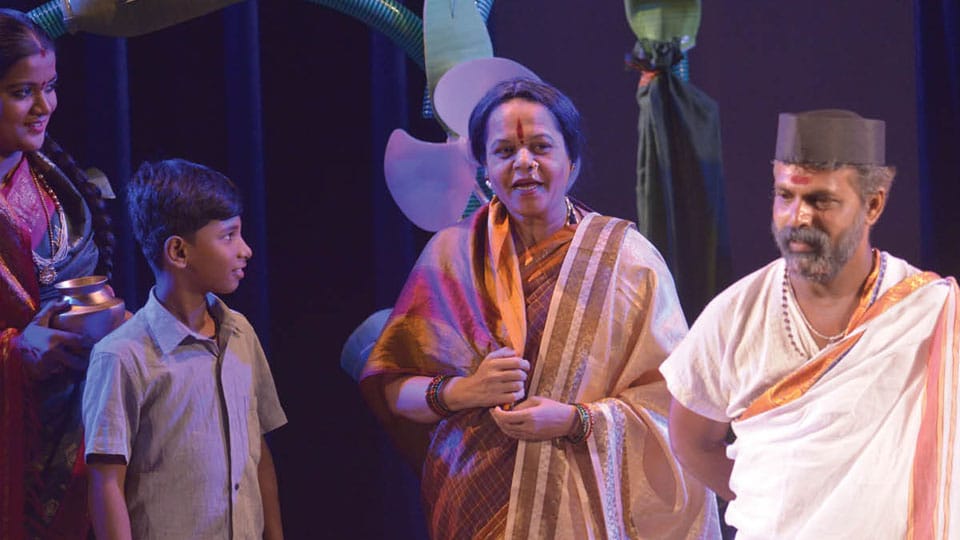 When the Music ended

We all have been mentally programmed to lead a fast and busy life with aims, ambitions and aspirations, that we sometimes forget to do the things that actually make us happy. Parshwa Sangeetha (an adaptation of the essays written by Srinivasa Vaidya) taught us to be truly happy with your life by slowing it down just a tad bit.

Rangavalli team took the audience to a time when months and years truly took time to pass and did not pass by in a flash. And what a truly glorious time it was. All shows in Mysuru and Bengaluru were sold out well before time and many coming back to watch the show, one among them being myself.

The black and white age was shown in all its glory but this time saturated with colour. The setting of the play was a conservative household consisting of a grumpy old man as the matriarch and his family.

Shyama alias B.N. Shyama Rao, took centre stage as the spoilt, not so academically bright youngest son in the household, a man obsessed with cinema and music of his time. He is truly a laidback lad in an even more laidback age. Though he never fit into the family and stuck out like a sore thumb, he truly fit into an age where flunking in an exam did not matter and you could just write it once more. Shyama smokes and whistles in style, wears his hair like Shammi Kapoor and has aspirations to be Saigal, all in all, he’s everything that a middleclass boy isn’t supposed to be. All this is recounted by Shyama’s nephew, Seenu alias Srinivasa (in this case, author of the essays himself). Seenu, the old man becomes the sutradhara of the play, sometimes watching in amazement as a much younger version of him at age seven graces the stage lives out of his childhood. The genius that is the director in Prashanth Hiremath was on display as Seenu, the sutradhara drifted in and out of the play as a mirage. He was out of a scene just as when you get a drift of him and is replaced by his younger self. Just like there is an ebb and flow to life, Seenu recounts the life of his uncle as to his days of glory, his antics and the impact of his cinema and music on the house.

READ ALSO  More than 2,000 people cheated by Ambidant in Mysuru too

Shyama’s life takes a turn for the better when he is matched with a bride called Janaki, a woman truly ahead of her time. She is well read at a time when women empowerment was taking baby steps. Janaki changes Shyama and their courtship is glorified in true Bollywood style song and dance right on the same stage.

The whole thing is effortlessly carried out by graceful choreography done by Karthik Upamanyu and costume design by K.R. Nandini. Life takes a complete circle as we see his whole life documented right in front of us. Life is always bitter sweet and that is what we exactly see before our eyes. Audience watch in horror as Shyama’s lady love Janaki slips into the other world out of nowhere. There is not a dry eye in the audience as the angels of death wake her up from her eternal sleep just for a moment to say goodbye to Shyama and for one last. Shyama spends the rest of his life as a recluse mourning the death of his wife who he knew so little of. Coming to the play, scripting this entire play must not have been an easy task especially given the fact that it is not one essay or story but rather a collection of the same. Small nuances have been taken into consideration which have been assisted by excellent setwork and properties by Dwarkanath. 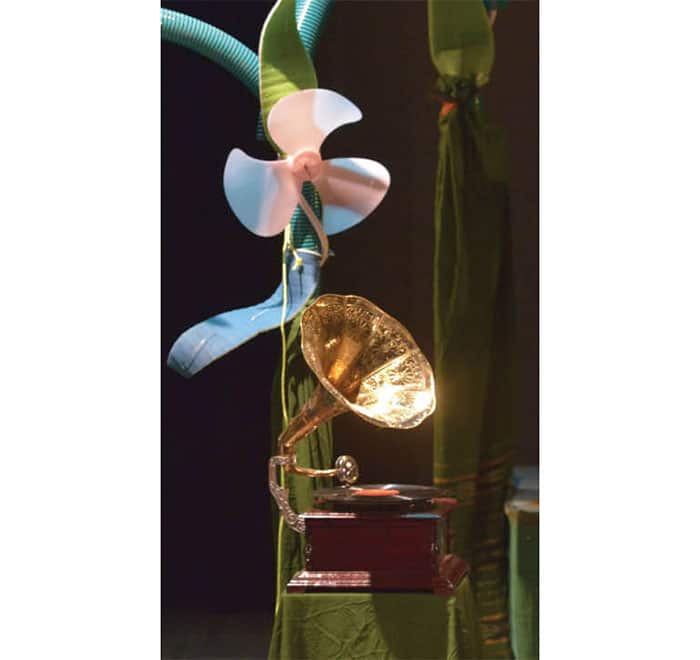 The lighting is just right and does not take the focus away from the actors and their skill. Moving on to acting, though Shyama, Seenu and Janaki occupy most time on stage, it is difficult to point out who the star of the play is. Seenu, the elder with his wisdom wows us all, Seenu, the younger with his cute face and bright yet naughty eyes, reminds us all of our childhood and lastly, the graceful Janaki with all her beauty and charm makes us fall in love and yet makes us weep when she drifts into endless sleep. Though the remainder of the cast come on and off the stage, they do make a lasting impact on our minds, be it Seenu’s stubborn daughter, the fruit seller or even Sharada’s clumsy husband.

What makes the play a winner is not only acting on stage but also how different departments of the team work and interact. Special mention to the promotion and advertising department as due to their effort, all six shows in Mysuru and two shows in Bengaluru were completely sold out since June 23. The play does act as a bridge between an art lover and a person who wants to relax on a weekend over sensible entertainment. However, where the play has been lead astray is the overemphasis on making the audience smile.

Secondly, the main selling point of the play is nostalgia but it relies on the same a bit too much which might disappoint theatre purists a bit. The plot is long and drawn out which might not be able to sustain the attention of the casual theatre goer.

Regardless, Parshwa Sangeetha and similar plays are the only way theatre can draw in new crowds to theatre. Youngsters need to be drawn into theatre and plays such as this are the solution. The author of the essays himself had very positive things to say about the play and that’s reward enough for a successful production. Team Rangavalli has found the perfect recipe for a blockbuster. Here’s wishing them luck for more successful shows.