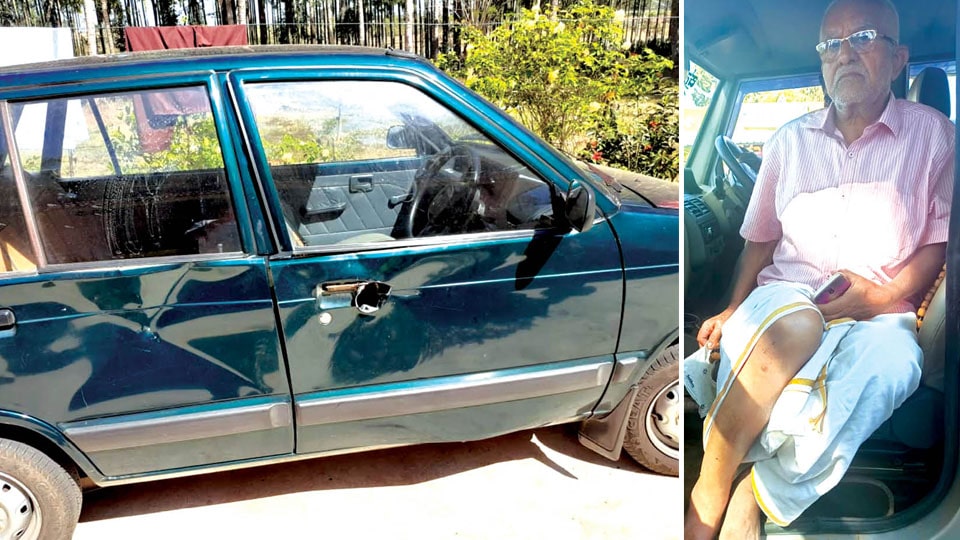 Hanagod: A wild tusker that has been wreaking havoc in Hunsur since a week has damaged a Maruti car and injured a person seriously. He was siting inside his car at Nerale Kuppe village this morning.

The injured is 50-year-old Shankar. Shankar was sitting inside the car (KA-05-M-4862) parked in front of the farm house of a retired teacher Balakrishna at about 8 am, when the wild tusker came out of the farm and rammed int the car. Shankar sustained serious injuries on his right hand and the car was damaged.

Shankar was rushed to Hanagod Government Hospital, where he was provided first aid and later shifted to a private hospital in Mysuru.

The villagers have warned of protests if the department fails to capture the wild tusker at the earliest.