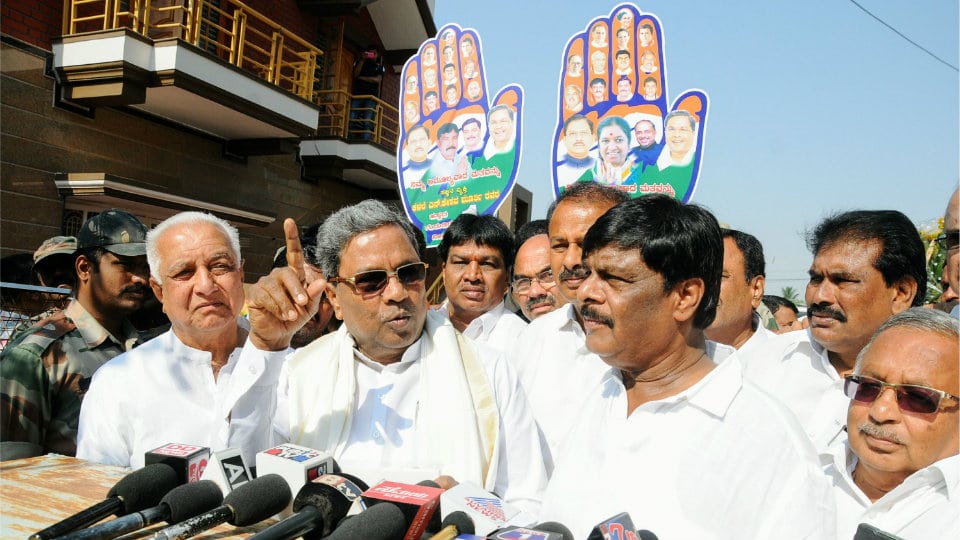 I will come back to power in 2018: CM Siddharamaiah

Gundlupet – The Congress party will come back to power in 2018 and I will continue to be the Chief Minister, said CM Siddharamaiah at Gundlupet yesterday. He was addressing the public meet at the Nehru Ground after taking part in a road show.

“BJP forming the Government in the State is only a dream. It is the Congress party which is going to emerge victorious in the 2018 Assembly Election as it is not possible for anyone to divide the people in the name of caste and religion. There is no place for communal forces in Karnataka,” he added.

Stating that Yeddyurappa was the root cause for corruption in the State through ‘Operation Kamala,’ the CM said that the former CM Yeddyurappa had no moral rights to speak about farmers as farmers were killed during the golibar in his tenure.