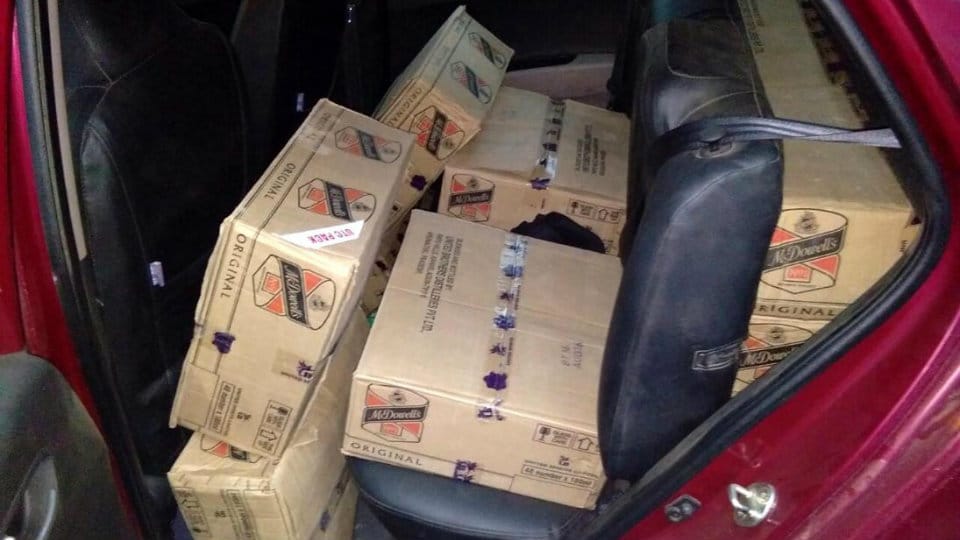 Rs. 69 lakh cash, over 100 litres of liquor seized in Nanjangud

Nanjangud – Strictly enforcing the Model Code of Conduct in Nanjangud constituency, the District Administration has seized Rs. 69,97,200 cash that was meant to be distributed to voters to induce them into voting for a particular candidate.

Releasing the statistics at a press conference at JSS First Grade College on the Deveerammanahalli Village Road in Nanjangud this morning, Deputy Commissioner D. Randeep who is also the District Election Officer and Superintendent of Police Ravi D. Channannavar said that they had conducted a series of raids and checked vehicles to recover cash and other valuables.

Approximately 100 litres of liquor worth Rs. 27,600 has been seized and 17 Excise cases were booked. 20 persons have been arrested for supplying liquor, they said.

Over 124 persons own weapons in Nanjangud and as they had been directed to surrender weapons, 123 guns were deposited with one exception being the gun owned by a bank security guard.

Over 30 cars including SUVs and one two-wheeler have been seized for violating the Model Code of Conduct, 20 shamiyanas with iron poles, 68 gift boxes containing silver idols of a Goddess have been seized, they revealed.

Four persons have been externed (gadipaaru) for various offences and one person has been booked under the Goonda Act. 722 preventive cases have been booked against 1942 persons, they said.