Home » News » I will settle down in Mysuru along with family members: Actress Malavika 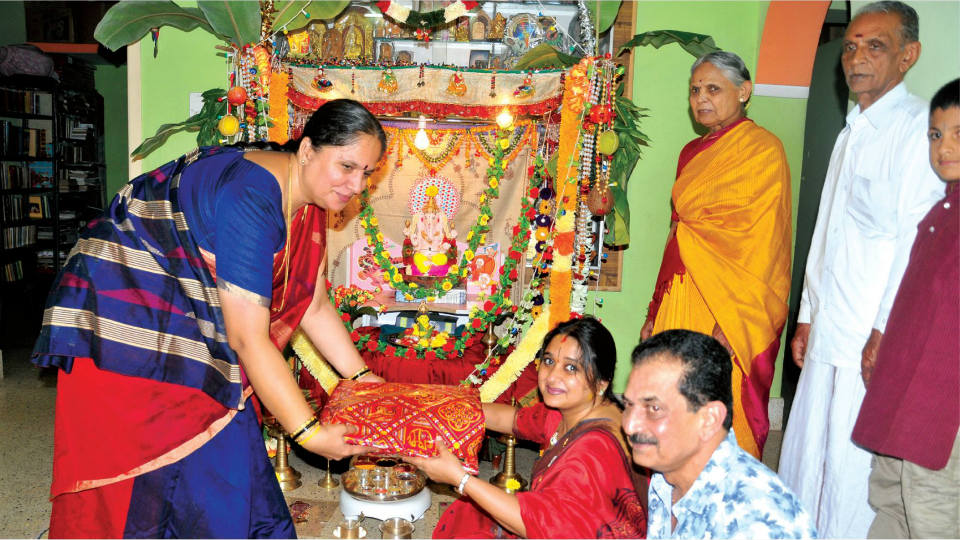 I will settle down in Mysuru along with family members: Actress Malavika

Mysuru: Even as speculations are rife that actress Malavika Avinash is planning to contest the 2018 Assembly Polls from K.R. Constituency on BJP ticket, actress Malavika, who is also the BJP media co-spokesperson has said that she is settling down in Mysuru along with her family members.

Speaking to SOM here recently, the actress said that she had taken a house in Krishnamurthypuram for rent and currently minor repair works are going on in the house and added that she may shift to the rented house in a week. Stating that her husband Avinash hailed from Yelandur in Chamarajanagar district, Malavika said that Avinash was interested in settling down in Mysuru. But that was not possible all these days and her husband’s dream seems to be now becoming a reality. She may shift to Mysuru by Sept. 7, the actress said.

Pointing out that her Avinash  worked as lecturer at Sarada Vilas College and  NIE before entering the film industry at Bengaluru, she said that it had become inevitable for her to shift to Mysuru for entering into active politics.

Asserting that she visited her long time friend Jyothi Shankar, a Professor at KSOU and a resident of J.P. Nagar here, Malavika said that she had come here to take part in Gowri-Ganesha festival on invitation and accepted the  Bagina from Prof. Jyothi Shankar.

Replying to a question on speculations over her becoming the BJP candidate from K.R. Constituency, she said that the time was not ripe for her to answer questions that were political in nature.

Reiterating that she had come to Mysuru to take part in Gowri-Ganesha festival, Malavika said that she would work for the party based on the direction of leaders and she would not like to say anything more at this moment.

Malavika Avinash
Mysuru all set to bat for KPL
If youths can, why can’t MCC?