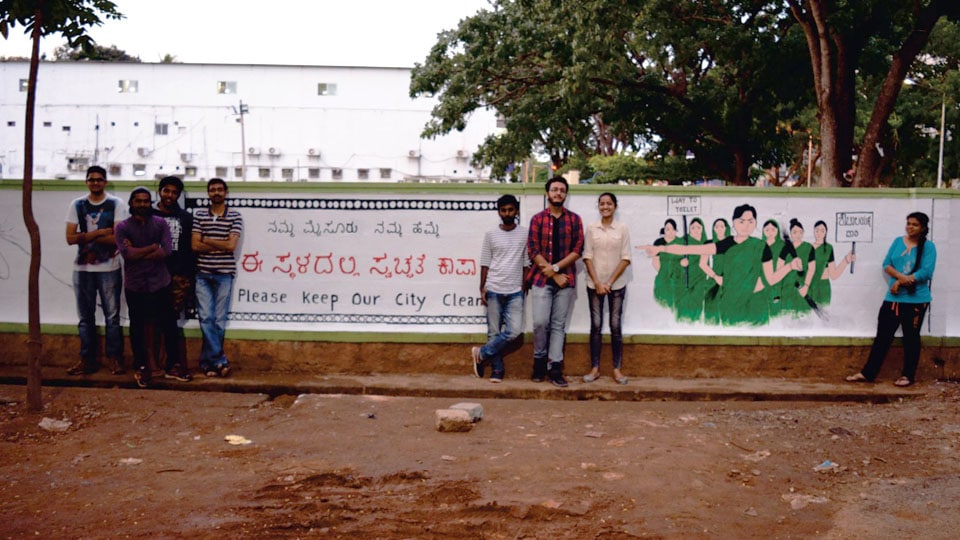 If youths can, why can’t MCC?

This is the question posed by Swachha Mysuru Member Sumanth Channagiri to the MCC. According to Sumanth, there is a public toilet built by MCC close to BGS Apollo Hospital on Adichunchanagiri Road. The toilet remains closed most of the time because it has a leaking water sump. The branches of a tree are jutting outside this toilet.

Since the toilet was not functioning people were found urinating on the walls adjoining the hospital. In spite of lodging a formal complaint with the Corporation and bringing it to the notice of the area Corporator, nothing happened. Finally, Sumanth and volunteers of Swachha Mysuru Benaka Patel, A.P. Anurag, Ravi Keerthi and Revathi created a wall art (see pic above) with the assistance of Anbug Creative Studio’s Avinash Kalra, Inchara Somesh and Lohit Devajana. Sumanth said that with this initiative, people are now ashamed to urinate on the clean, beautiful wall. 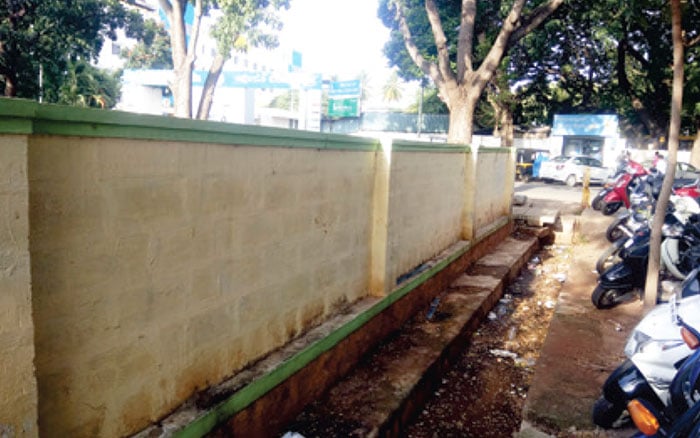 However, with Dasara approaching, the MCC and District Administration have geared up to keep the city clean, green and beautiful through wall paintings.

Meanwhile, it may be recalled that the School of Planning and Architecture (SPA) students are also working hard to transform a conservancy in V.V. Mohalla into a garden. Here too the area Corporator and the MCC have joined hands with the students of SPA to convert a stinking garbage-filled lane into a beautiful surrounding.

Union Energy Minister Piyush Goyal, who was in the city recently, it may be recalled, had lauded the initiative of Megha Kochar who had built two toilets in a girls convent near Mysore Airport in Mandakalli. Hence, it is heartening that with such initiatives, Mysuru could even regain its top spot in cleanliness.

Swachha Mysuru
I will settle down in Mysuru along with family members: Actress Malavika
Dera’s Mysuru Ashrama out of bounds for visitors

2 COMMENTS ON THIS POST To “If youths can, why can’t MCC?”