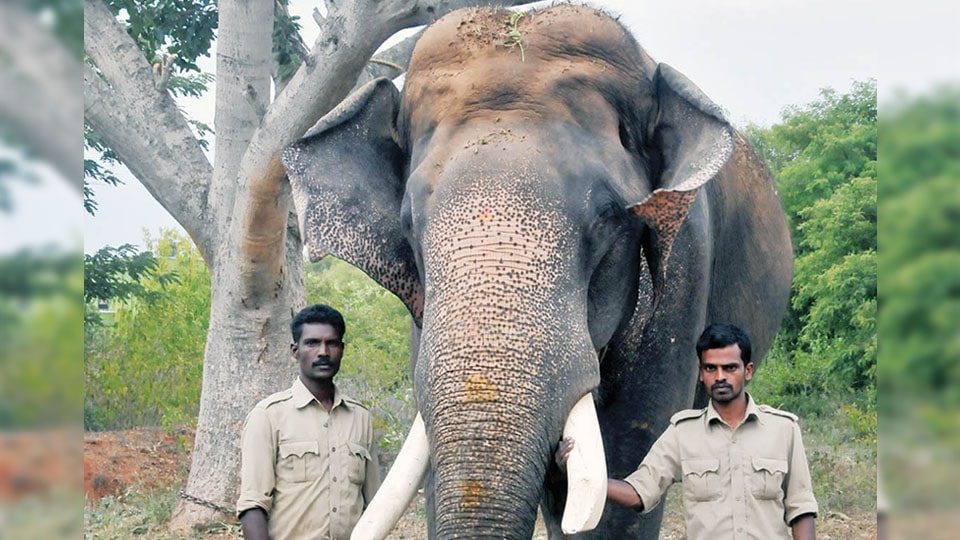 Who will sit on Arjuna ?

Mysuru: Just six days to go for the Vijayadashami procession, the Forest Department and the District Administration are yet to decide on who will sit on Arjuna as he carries the 750-kg Golden Howdah.

The authorities have two names – Sannappa and Vinu – and a decision has to be taken on who will do the honours. Also, both Vinu and Sannappa have the desire to occupy the “high seat” and be the cynosure of all eyes.

The question of Arjuna’s Mahout cropped up last year after the death of its regular Mahout Dodda Masti just a fortnight before Gajapayana. Following his death, the responsibility of training Arjuna fell on Dodda Masti’s son Sannappa alias Mahesha.

Sannappa, as the Kavadi to his father, had befriended Arjuna even before his father’s death and Arjuna too began listening to his commands. He efficiently performed his duties last year and even sat on Arjuna during the procession for the first time and came under praise for successfully steering the elephant. 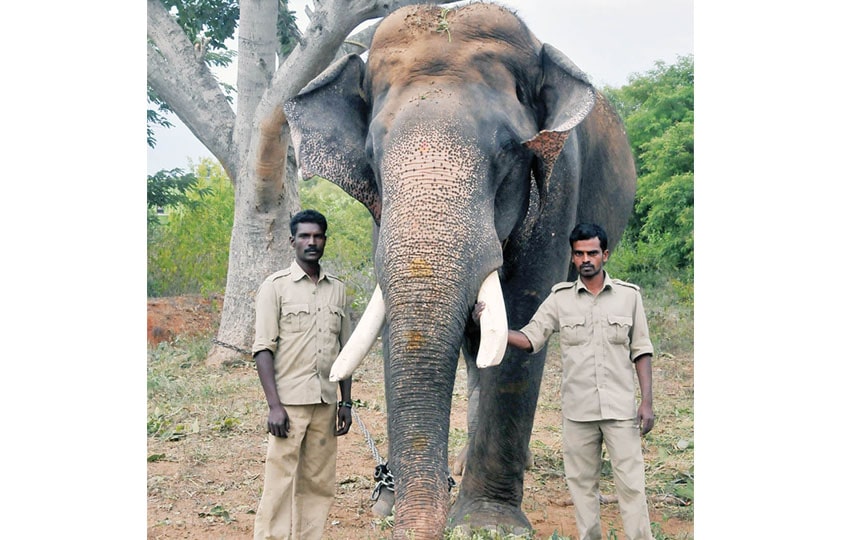 Trouble began when the Forest Department passed an order to appoint Vinu as Arjuna’s Mahout and Sannappa as his Kavadi. Vinu was the mahout of Rukmini at Balle elephant camp and Rukmini had died after a fight with another elephant.

The appointment was made last year itself and as Vinu was new to Arjuna, the Department had told him that Sannappa would sit atop Arjuna in 2016 Dasara. After last Dasara, Vinu developed a close bond with Arjuna. At present, both Vinu and Sannappa are close to Arjuna and their commands are obeyed diligently. As per law, Vinu is Arjuna’s Mahout and Sannappa, whose services are confirmed only six months ago, will be his Kavadi.

Speaking to Star of Mysore, Deputy Conservator of Forests (Wildlife) V. Yedukondalu said that the department has kept the name of the person who will sit on Arjuna a secret. “This is a sensitive issue and it has to be handled with care. I have spoken to both Vinu and Sannappa and a suitable decision will be taken after internal meetings and after consultation with the Deputy Commissioner and the District Minister,” he said.