Home » Feature Articles » Will Ward Committees be a reality in Mysuru? 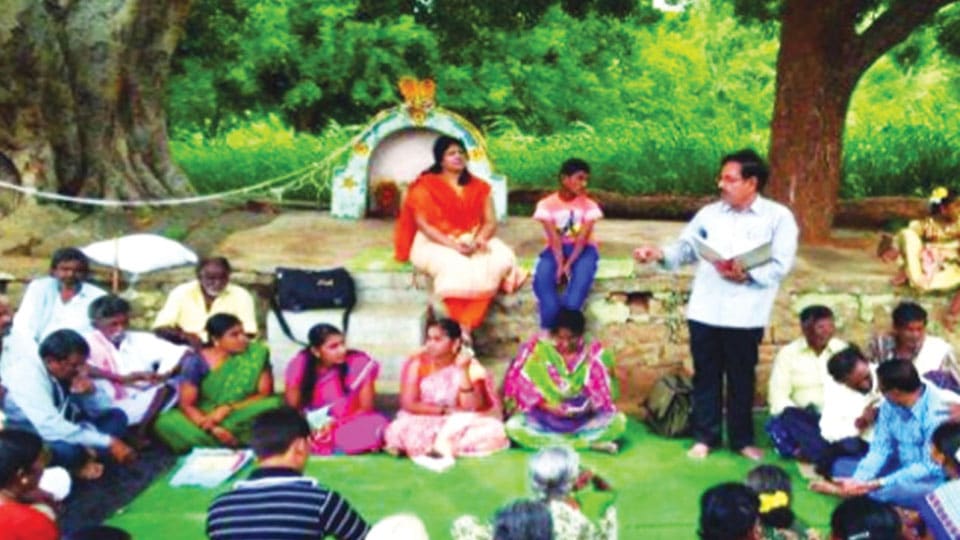 Will Ward Committees be a reality in Mysuru?

The role of aam janta is very important in democracy. The 74th Constitutional Amendment Act has provision to constitute Ward Committees in Urban Local Bodies (ULBs) with more than three lakh population. The Ward Committees were expected to act as an institutional space for participation of citizens in matters of urban local governance. The purpose of Ward Committees is to involve local populace in governance. Efforts by many Non-Governmental Organisations (NGOs) to have Ward Committees in their respective cities have been met with stiff opposition from Corporators as they see it as a stumbling block between them and ULB. In Mysuru, Dr. Bhamy V. Shenoy, a noted social activist and former Founding-Working President of Mysore Grahakara Parishat (MGP), has been working hard to create awareness among citizens on their rights. Talking to Star of Mysore, he expressed his unhappiness over delay in fulfilling the dream of Ward Committees in Mysuru. Excerpts. — Ed.

Star of Mysore (SOM): Why should we have Ward Committees?

SOM: How many Ward Committees will be there in each Ward?

SOM: How important is the Ward Committee in democracy?

Bhamy Shenoy: When we have problems like water supply in our Ward, most of us do not know whom to approach. If garbage is not collected, street light is not working, if sewage is choked or power supply is not restored, people are not aware whom they should contact. When money is spent on development of parks or planting trees, nobody knows how that money is spent; how much is spent; which contractor executed the work or if bills are cleared. If Ward Committee is formed by involving concerned citizens, they can demand account of every work done in their Ward. As members of Ward Committees, they will have a right to seek details of expenditure.

SOM: Will Ward Committee work under Corporator or above him/ her?

Bhamy Shenoy: The Ward Committee will work under a Corporator who enjoys all power for the simple reason that he got elected in a democratic process. However, Ward Committee can hold him responsible. Now, the Corporators are held responsible only during the elections.

SOM: What is the composition of each Ward Committee and how are its members selected?

Bhamy Shenoy: In each Ward Committee, there will be 10 members of which two will belong to Scheduled Tribe (ST), two to Scheduled Caste (SC), three from NGOs and three women. They should be having minimum educational qualification and good background. The members are decided by the Selection Committee in the Corporation in which the Commissioner and the elected representatives will be there. They will decide on the members after verifying their education and background.

SOM: At the time of releasing funds to Mysuru City under Jawaharlal Nehru National Urban Renewal Mission (JNNURM), the Government of India had put a condition that Ward Committee must be constituted to monitor works. Did Mysuru City Corporation (MCC) do it?

Bhamy Shenoy: This is unfortunate. In fact, after Mysuru was selected for JNNURM scheme and money came to MCC, we from MGP had a number of meetings with stakeholders. The MCC went ahead with its implementation without forming Ward Committees. Throughout the JNNURM works, we tried to hold them responsible but they never constituted Ward Committees. We got stakeholders involved in our meetings but nothing helped. Not all people supported our voice contending that they are working for elite and not for all.

SOM: Don’t you think MCC must involve citizens in every project starting from its execution till the completion?

Bhamy Shenoy: For obvious reasons, they have involved outside people.

There are many NGOs but not all of them have credibility. When some progressive Commissioners were here,  they asked us to spare the services of experts to inspect projects. We have H.R. Bapu Satyanarayana, a retired Chief Engineer, who has expertise in quality control of roads. On many occasions, he was called to check the quality of works and sought his suggestion whether payment can be made to contractor or not. And it made a lot of difference when the road was laid. They used to call MGP to send experts to show the works executed by contractors and examine its quality. However, when it came to JNNURM works, a few Corporators were unhappy for awarding contract to Tatas as they refused to bribe elected representatives. Despite strong opposition from the Corporators, the MGP fully supported Tata Company as they are known for highest ideal and cannot be bribed. We batted for Tatas and in the process, I was almost beaten up.  The netas feel that if outsiders come here, their nexus with the local contractors is broken. So they do not want Ward Committees.

SOM: Which are the cities that have Ward Committees?

SOM: Why are the Corporators opposing it?

Bhamy Shenoy: Reason is that Ward Committee members are going to ensure zero leakage of funds without which the Corporators cannot face the election. So they are opposing it tooth and nail.

SOM: Can Ward Committee members convince the Corporators on projects and give suggestions?

Bhamy Shenoy: Out of the total 65 Corporators, can’t we find 5 or 6 Corporators? With those, we can make a difference. I am optimistic that these people will stand up and argue on our behalf.

SOM: Why don’t you write to Government of India on the role of Ward Committees in execution of projects?Bhamy Shenoy: I think it is a sensible suggestion because Prime Minister’s Office (PMO) builds up pressure. We should have done that. We need to create awareness among people that their role does not end after voting but till how the representative works. Since they are not ready to listen to us, we have no option except filing a PIL in High Court.