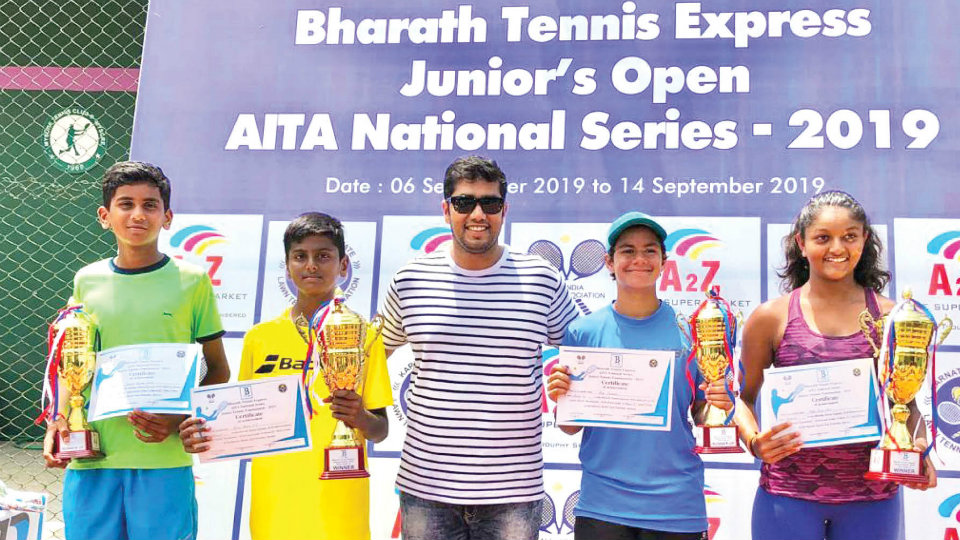 In the Boys U-14 Singles final, Rethin Pranav came back fighting after losing the first set to beat third seeded Jaishnav Bhajirao Shinde of Maharashtra 6-7(2), 7-5, 6-2 and clinched the title.

In the Girls U-14 Singles final, fifteenth seeded Maahi Deval Shah of Gujarat continued her fine run in the tournament by shocking the top-seed Riya Sacdeva of Delhi 7-6(4), 6-3 and bagged the coveted title.