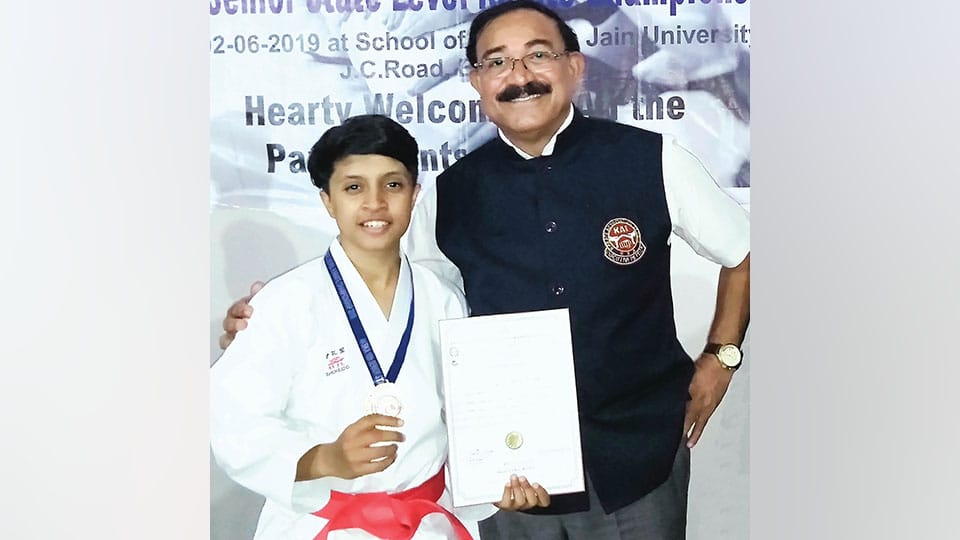 Jamuna K. Shukla of Davanagere took the Silver with 22.6 and Savitha of Dakshina Kannada settled for Bronze with 20.7 points.

Deia will be representing Karnataka at Karate Association of India Senior National Championships to be held on June 10 and 11 at J.J. Indoor Stadium, Kilpauk, Chennai. This is the 3rd year in succession, Deia Urs is representing the State in the Individual Kata at the Senior Nationals.

She has also represented the State in the Juniors KAI Nationals 5 times in the past. Earlier in January 2019, Deia had won Silver at the KAI Cadet, Junior and -21 National Karate Championships.

She is the daughter of Roopa Urs and B.S. Srinath Urs, a Certified National Karate Coach.