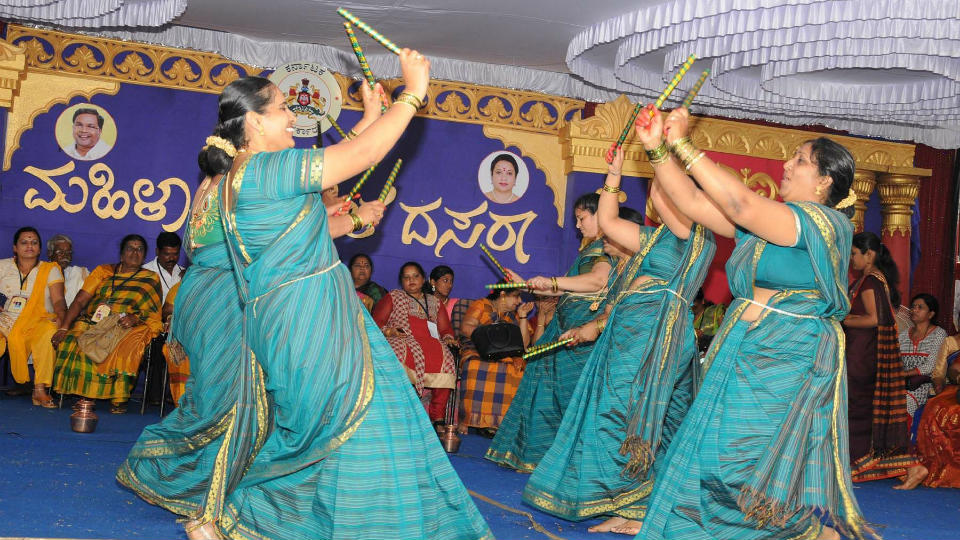 Mysuru:  Folk culture came to life at the Jeevanarayana Katte (JK Grounds) with Anganawadi workers, Sthree Shakthi groups and women from different walks of life coming together to take part in the folk song and dance competition jointly organised by Department of Women and Child Welfare and Mahila and Makkala Dasara Sub-Committee.

Inaugurating the event, Minister Dr. Geetha Mahadevaprasad said folk art represented several human emotions as it was a medium for the people to express their joy, sorrow and other feelings.

She also said that during the previous Dasara, she took part being a Minister’s wife but this year she was inaugurating the same as a Minister. 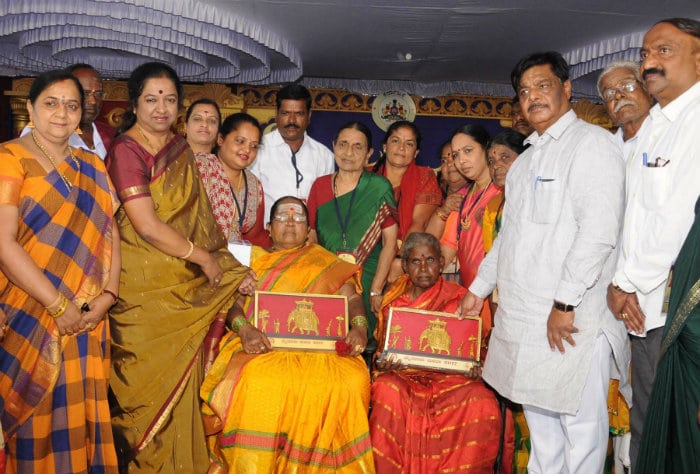 Around 15 groups will be performing group dance and song while 10 people have registered for solo dance and nine for solo song competition. The organisers will give away three prizes in each category. As part of the competition, Tibetan women performed a tribal dance that was well received by the audience.

Meanwhile, the participants and the public present at the venue complained about foul smell emanating from the place owing to overnight rain.  People found it difficult to move around the place as the venue was filled with slush.