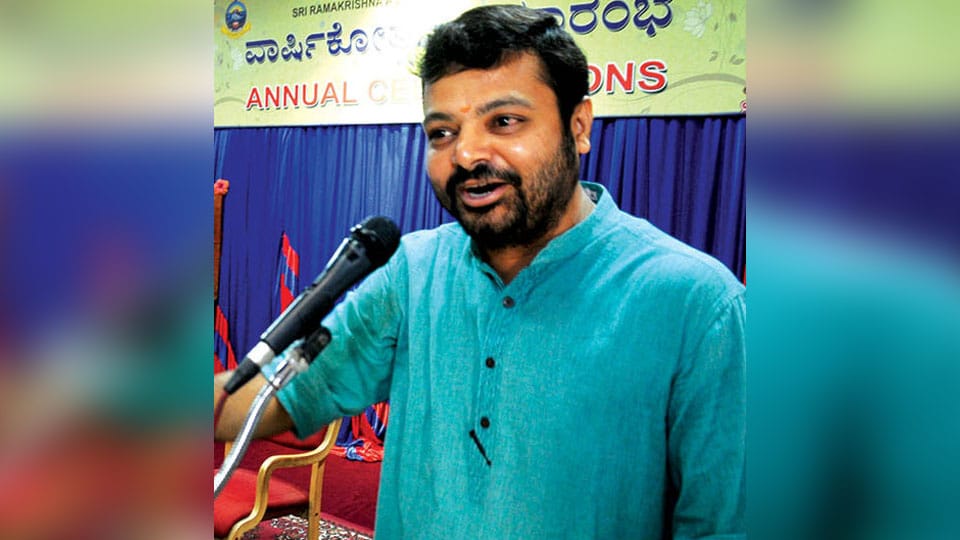 ‘Women are being projected as an object of desire through ads’

Marking the 182nd birth anniversary celebrations of Sri Ramakrishna Paramahamsa, Ramakrishna Ashrama had organised a function at its premises on KRS Road here on Saturday.

Speaking on the role of women in society, orator Chakravarti Sulibele regretted that of late women were being projected as an object of desire through advertisements.

He advised women to develop confidence and utilise their strength to stand tall to counter any sort of oppression.

He opined that every women has a hidden talent and courage which should only be taken off the dormant stage. He further advised women to emulate courageous leaders like Jhansi Rani Lakshmibai and Kittur Rani Chennamma.

A youth camp was also held for women students of Degree Colleges later.