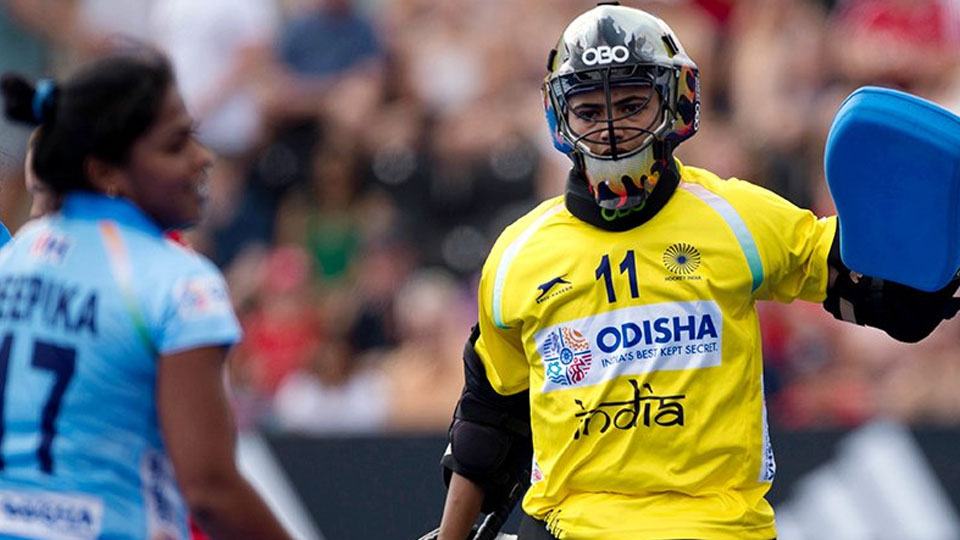 London: India produced an impressive display before conceding a late goal to play out a 1-1 draw against world number two England in their opening Pool B match of the Women’s Hockey World Cup.

Neha Goyal gave India the lead in the 25th minute before Lily Owsley equalised from a penalty corner in the 54th minute.

World number 10 India punched above their weight and gave England a run for their money in the keenly-contested duel.

India matched higher ranked England stick for stick in the opening two quarters even though the hosts had more scoring chances with five penalty corners coming their way.

But the Indian defence was up to the mark with goalkeeper Savita Punia stealing the limelight with some brilliant saves to keep England at bay. While India looked promising on open play, the home team kept on earning penalty corners.

Interestingly, the Indians had registered a 2-1 come-from-behind win over the same English side in the group state of the Commonwealth Games hockey competition. India will play Ireland in their next Pool B match on July 26.