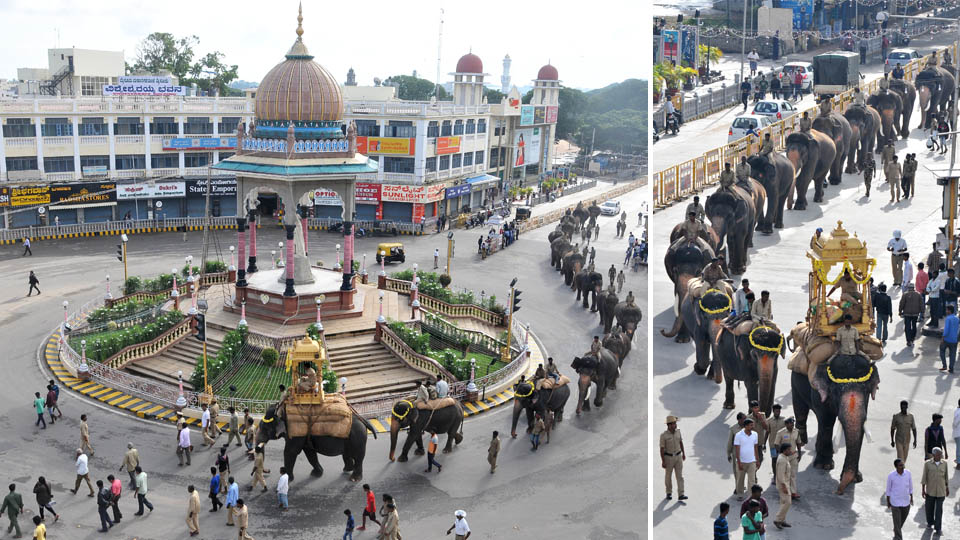 Mysuru: Howdah elephant Arjuna carried the Wooden Howdah for the first time this year with ease and elegance, this morning. Arjuna, accompanied by Kumki elephants Kaveri and Varalakshmi, were brought near the Royal residence from Kodi Someshwara Temple at the Palace premises at 7 am where the Wooden Howdah was placed on Arjuna’s back using the crane.

The Howdah was fixed in an hour’s time and later the elephants were taken out for their usual rehearsal from the Balarama Gate (North Gate) of the Mysore Palace after offering puja. However, the elephants stopped on reaching K.R. Circle and Maulana Abul Kalam Azad Circle (Highway Circle) to answer nature call. The elephants took about an hour and 20 mins to reach the Bannimantap Ground on Nelson Mandela Road. 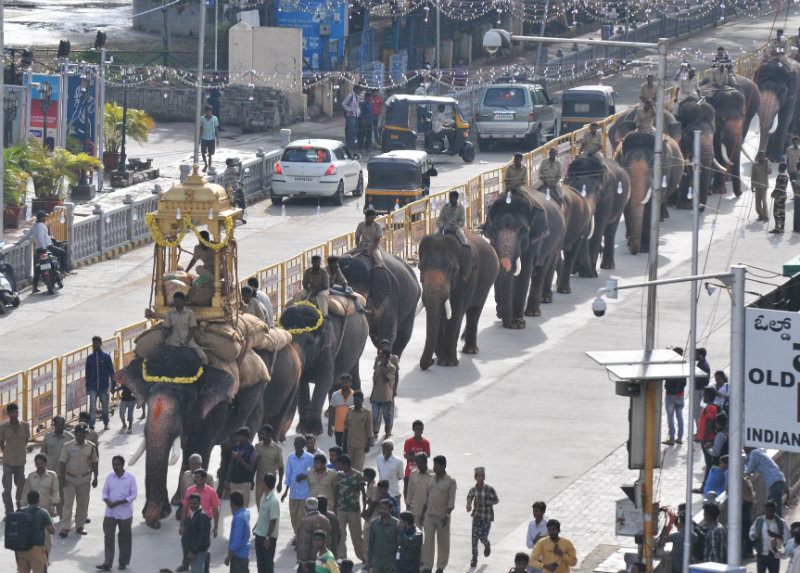 Arjuna carried a total of weight of around 550 to 600 kg on its back not a single time it showed signs of panic. While the elephants moved on the Raja Marga, the CESC officials followed them to check if any of the electric wires came in contact with the Golden Howdah.

It may be recalled that last year Wooden Howdah had come in contact with an electric wire during the rehearsal. While the elephants moved on the procession route, passersby were seen stopping by and offering prayers to the pachyderms.