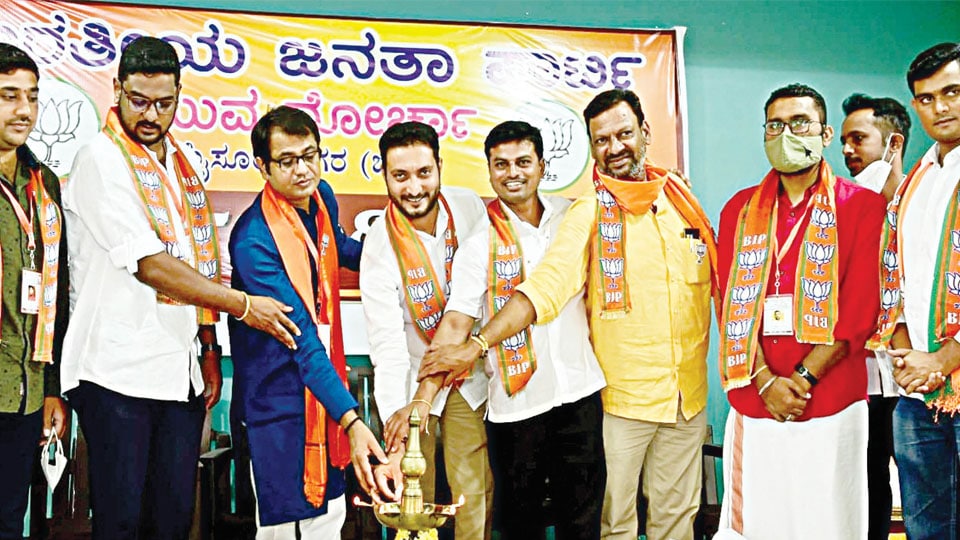 Mysore/Mysuru: State BJP Yuva Morcha President Dr. Sandeep Kumar has said it was possible to win the coming local bodies elections if workers explain to people regarding the Government facilities announced by both the State and Union Governments.

He was speaking after inaugurating City Yuva Morcha Executive Committee meeting at Daivagna Bhavan in Kuvempunagar in city on Monday.

He wanted more and more youths to contest in the coming Zilla Panchayat (ZP) and Taluk Panchayat (TP) elections and win to strengthen party at grassroots level.

MLC Tulasi Muniraju Gowda said that he was nominated as Member of the State Legislative Council because of working like a disciplined soldier. The Yuva Morcha members must serve the party with dedication and patience as opportunities come in search of them. Youths must work hard with high hopes, he added.

Yuva Morcha City Unit President M.J. Kiran Gowda presented a report on various works done by the Morcha in the last one year.