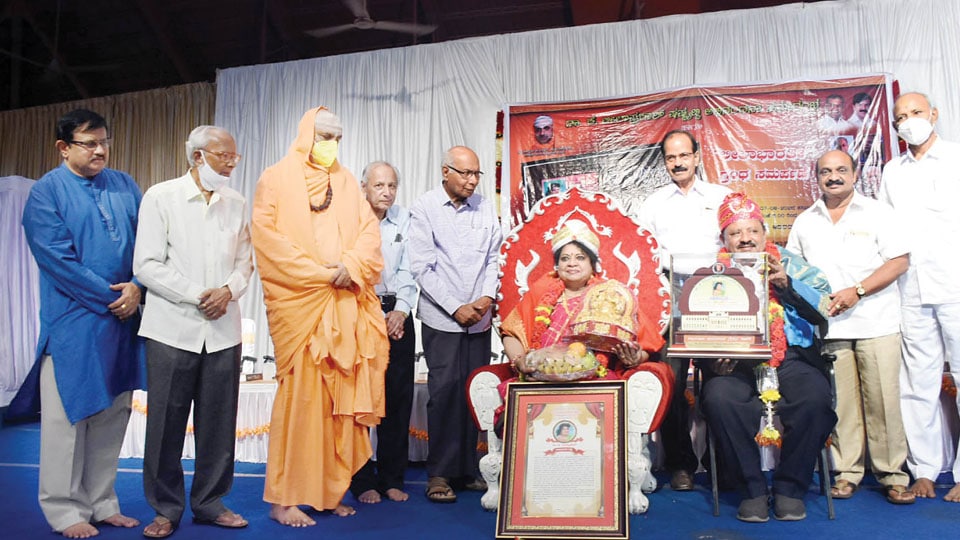 Felicitation volumes are a speciality of Kannada literature: CPK

Mysore/Mysuru: Felicitation volumes are a speciality of Kannada literature and Kannada has the most number of such books when compared to other languages, observed veteran writer Dr. C.P. Krishnakumar (CPK).

Pointing out that modern Kannada literature has become a separate form of writing with a different style, Dr. CPK, who is also the Chief Editor of the felicitation volume, said that the first felicitation volume that appeared in Kannada was ‘Sambhavane’ dedicated to BMSri.

Maintaining that felicitation volumes give exclusive information and photographs on the life of literary greats and other achievers, he said that such volumes are very much useful for students and researchers. ‘Leela Bharathi’ is one among such works, he added.

Noting that Krishnamurthy’s scholarly knowledge has come as a heredity to his daughter, he lauded her for making a significant contribution to the literary world by writing more than 50 books in almost all forms.

Dr. Leela Prakash and her husband C.N. Keshava Prakash were felicitated on the occasion.

Earlier, Senior BJP leader and former MP C.H. Vijayashankar who spoke after releasing  the felicitation volume ‘Leela Bharathi’, said that the life of  Dr. Leela Prakash couple is an inspiration to others. The couple, through their dedication, has showed to the society that achievement is important in life, he added.