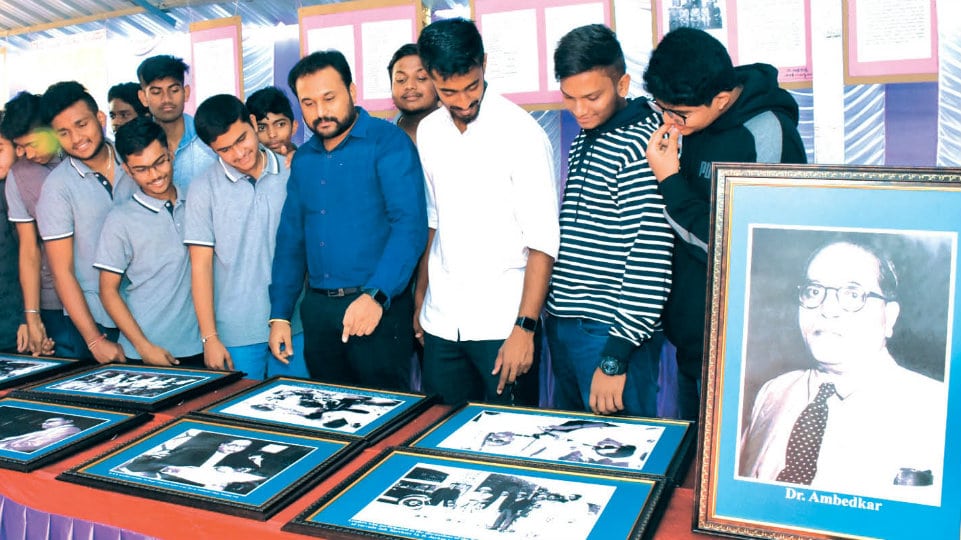 Mysuru: Maintaining that the entire world is going through Dr. B.R. Ambedkar’s thoughts on practising  equality and social justice, University of Mysore (UoM) Vice-Chancellor (VC) Prof. G. Hemantha Kumar said that  several unique provisions of the Indian Constitution cannot be found in the Constitution of any other country.

He was speaking after inaugurating an expo, special lecture and interaction programme organised by Dr. B.R. Ambedkar Research and Extension Centre as part of Dr. Ambedkar Parinirvan Diwas, at it’s premises in Manasagangothri here on Dec.6.

Pointing out that Dr. Ambedkar is an outstanding figure among the comity of leaders, Prof. Hemantha Kumar said that Dr. Ambedkar dedicated his entire life for the education and upliftment of the downtrodden and oppressed sections of the society.

Noting that Dr. Ambedkar always fought for imparting education to everyone, he said that the Father of the Indian Constitution played a crucial role in the fight for social justice.

Observing that Dr. Ambedkar’s thoughts are an asset of the nation, he stressed on the need for everyone among us to be part of the great leader’s legacy.

Rangayana Joint Director V.N. Mallikarjunaswamy, in his address, said that Dr. Ambedkar’s principles and ideals can be a solution for all the social problems plaguing the country.

An expo with the theme ‘Vidyarthigala Manake Ambedkar,’ that displayed rare photographs on the life and times of Dr. Ambedkar, was also organised by Gothami Foundation.