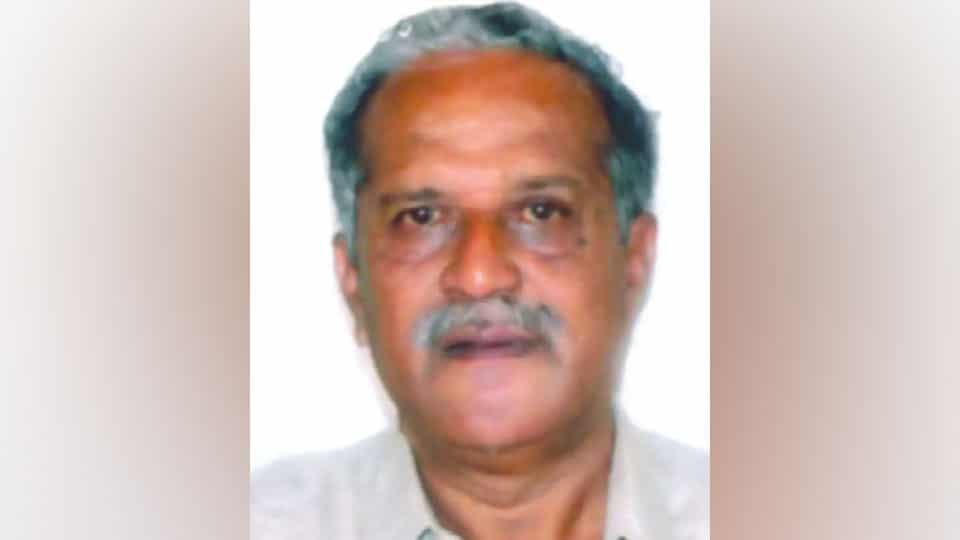 He leaves behind his wife Jayavani, brother-in-law G.B. Shivakumar, a former MLA and a host of relatives and friends.

His only son Praveen had pre-deceased him about 15 years ago.

Prof. H.L. Keshavamurthy, who was popularly known as HLK, was ailing for the past few months. He was admitted to MIMS hospital a couple of days ago, where he breathed his last on Thursday evening.

Last rites were performed at the burial ground close to his apartment along Mysuru-Bengaluru highway this afternoon, according to sources.

Prof. Keshavamurthy, a former faculty at PES College of Engineering in Mandya had developed a passion for writing. He was a regular columnist for many newspapers including ‘Lankesh Patrike’.

He had served as President of Mandya District Working Journlists Association and Karnataka Sahitya Academy, State Resource Centre Advisory Committee, Mandya District Sahitya Parishat, Komu Souharda Vedike and Karnataka Janashakti in various capacities. He was also a past Senate member of the University of Mysore.