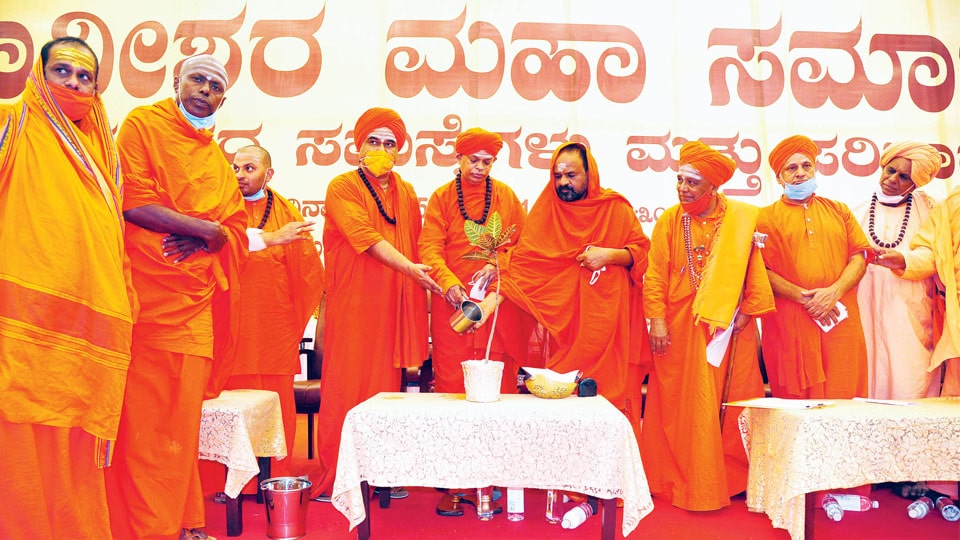 Bengaluru/Belagavi: Karnataka Chief Minister B.S. Yediyurappa has said that he expects to receive a message from the BJP High Command about his political future this evening amid speculation about his replacement.

“If the message comes by evening, I will let you know immediately. You will also come to know and will take a suitable decision after that,” the Chief Minister said this morning when asked about the matter. He was reacting to media queries on his arrival at Sambra Airport in Belagavi.

The 78-year-old arrived on a day-long tour to inspect flood-hit areas in Belagavi district. On the demand for a dalit CM, Yediyurappa said, “I cannot decide it as the High Command which will decide. We will make a decision after receiving the message from the High Command.”

Yediyurappa left Bengaluru to fly to Belagavi, one of the flood-affected districts. The torrential rain over the last few days in several districts of the State has left nine people dead and three people missing. Thousands were evacuated after their homes were flooded.

After reviewing the relief and rehabilitation works, Yediyurappa will return to Bengaluru this evening. Tomorrow (July 26) is the second anniversary of his Government, which came to power in July 2019 after the JD(S)-Congress coalition Government collapsed as 17 legislators from the two parties combined, quit their seats and joined the BJP.

Incidentally when Yediyurappa took over from the Coalition Government in 2019, heavy rain and floods were battering the State. He had visited Delhi after his oath ceremony but was sent back to the State by Union Minister Amit Shah, who told him to take care of the flood situation. With nobody else in his Cabinet for several days, Yediyurappa had toured the rain-hit districts to supervise relief operations as the only member of the Cabinet.

Meanwhile, in a show of strength by the Lingayat community amidst indications that Yediyurappa is on his way out, a group of nearly 100 Seers from the Lingayat and other communities are holding a solidarity meeting at Palace Grounds in Bengaluru today.

They are rallying behind Yediyurappa and want the High Command to retain him as the CM. Earlier, they made a beeline to the CM’s residence to express solidarity.  The Yediyurappa group, however, has claimed it has no connection with the protests of the Seers.

“Yediyurappa should complete his full term. Seers from all communities supported him, not only Lingayat and Veerashaiva. Why is the leadership change talks happening now, when the CM is working efficiently at the time of crisis? Earlier too, he was not CM for the complete term,” a Seer said.