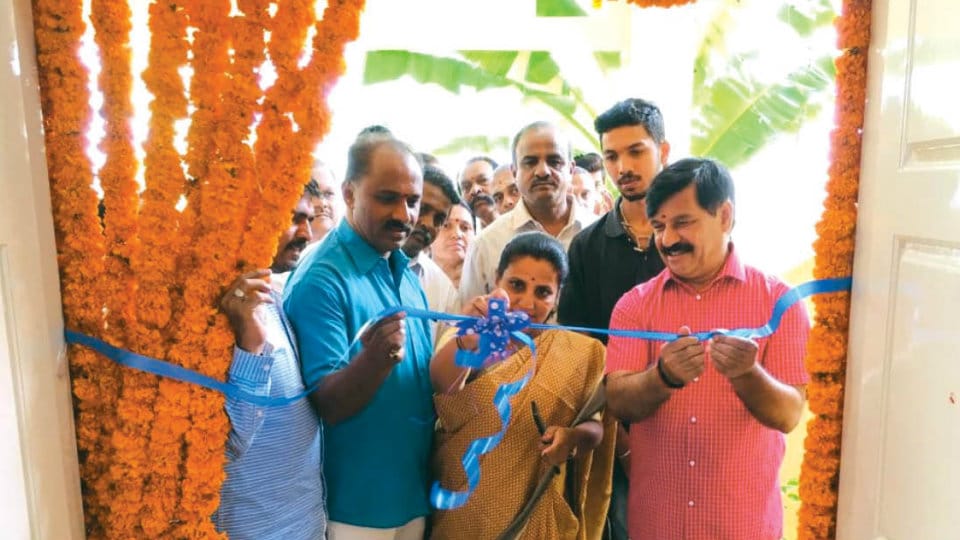 Later speaking, Pushpalatha said that the Bhavan is meant for practising yoga by members of the public and this was the first such facility in the city, built at a cost of Rs.25 lakh by the MCC.

She appealed the members of the public to make best use of the Bhavan, for maintaining physical and mental health.

KR MLA S.A. Ramdas, who presided, said that he was happy to note that Dr. Manjunath, a Mysururean and resident of MCC Ward No.51, and Ganesh from the State had composed and scored Music for Yoga Theme song on International Yoga Day.

Pointing out that the construction of Yoga Bhavan would popularise yoga, he underlined the role of Yoga Gurus in educating the public on practising yoga for better health and mental fitness.

Calling for setting up of a Federation covering all yoga organisations in the city, Ramdas said that he would strive for constructing more such Yoga Bhavans covering all MCC Wards of KR Assembly segment.

Yoga exponent Prakash said that free yoga classes would be conducted at the Bhavan both in morning and evening, starting from July 1.