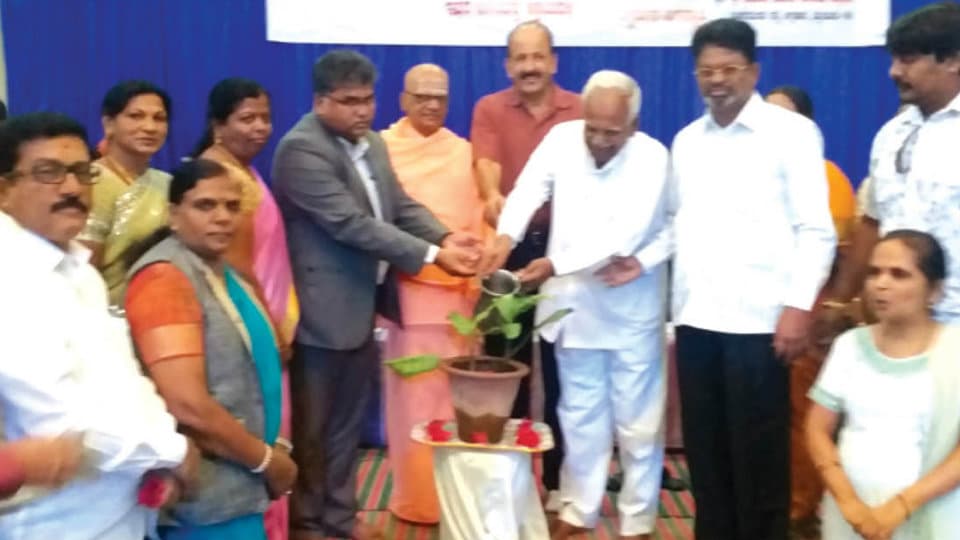 Speaking on the occasion former Speaker Krishna observed that the advent of Western culture in India had dislodged close-knit joint families with the younger generation going weak morally and intellectually. He opined that family bonding was strong in rural areas which should be retained.

Referring to the present election scenario Krishna observed that cheats and corrupt people were getting royal treatment side-lining honest activists and people’s representatives. He regretted that casteism had grown manifold spoiling the political sector. He observed that voters to anticipate money from political leaders. He asserted that even if Gandhiji and Lal Bahadur Shastri come back alive, they cannot root out casteism and change the political system. He said that the greed of politicians has driven rural youth to alcoholic addiction.

University of Mysore Registrar Dr.R. Shviappa opined that the Indian family bonding was still strong which gets weakened by allowing Western culture to creep in among youth. He said that plurality is embedded in India and added that small bickering could always be resolved to uphold the Indian culture and heritage in high esteem.