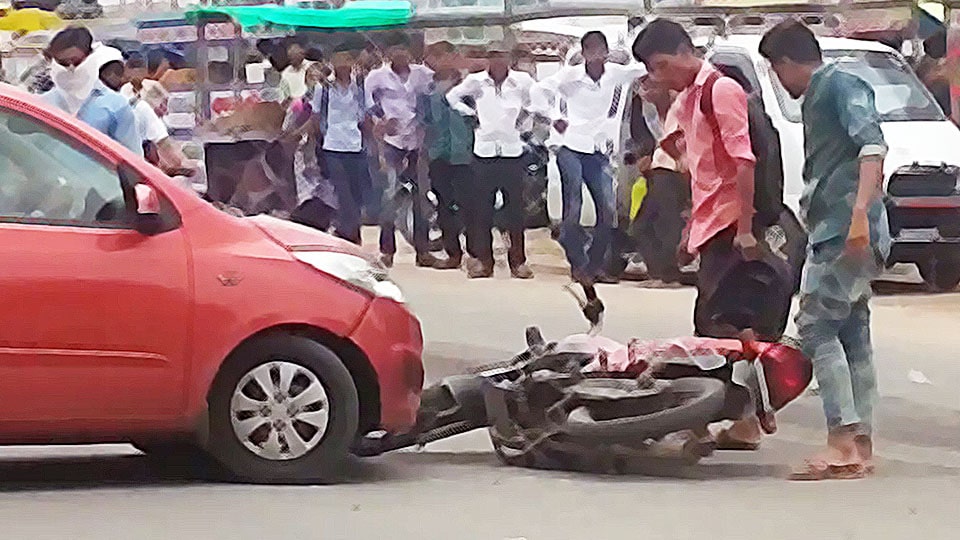 Mysuru:  A 21-year-old youth was killed on the spot and another seriously injured when the scooter they were travelling was knocked down by a car in the wee hours of today in the city.

Aravind and Vipin were travelling on a scooter from RMC Circle towards JK Grounds at about 4 am when a speeding Maruti Swift car coming from Railway Station Circle side knocked down the  scooter at the JK Grounds Traffic signal junction.

Due to the impact of the collision, both Aravind and Vipin were thrown up in the air for some distance. While Aravind died at the spot, Vipin who was seriously injured was rushed to nearby KR Hospital. The two had come from Wayanad to Mysuru yesterday on a sight-seeing trip and were said to be returning back when the mishap occurred.

NR Traffic Police have registered a case in this regard.