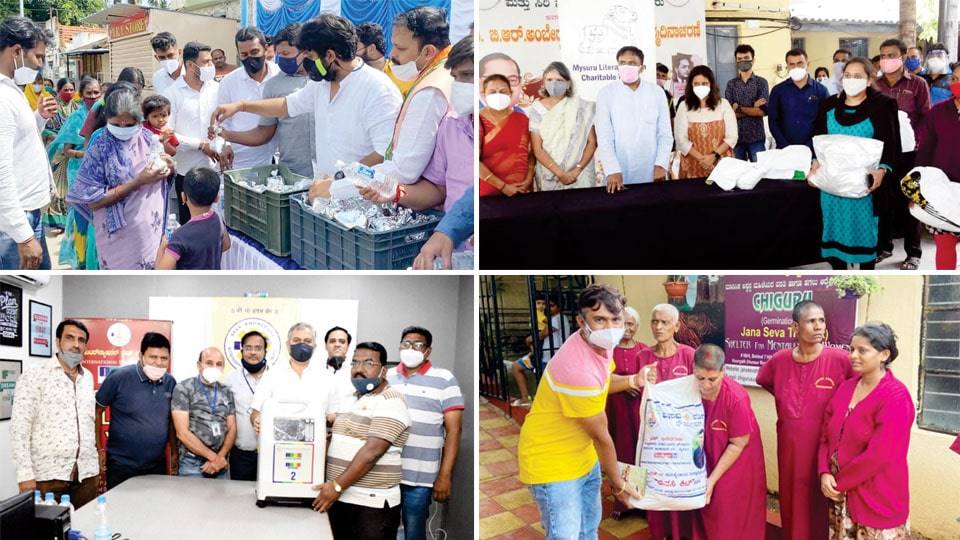 Youth political leaders, organisations jump in to help the needy during pandemic

Corporate companies, Trusts and Associations, who have jumped in to help the poor and the needy during the second wave attack of the deadly COVID-19 are now joined by young political leaders and other organisations to provide relief to the affected people across Mysuru.

The members of various political parties and organisations are providing food, groceries, medicines and medical equipment to the needy and also to the District Administration, which is combating the deadly pandemic.