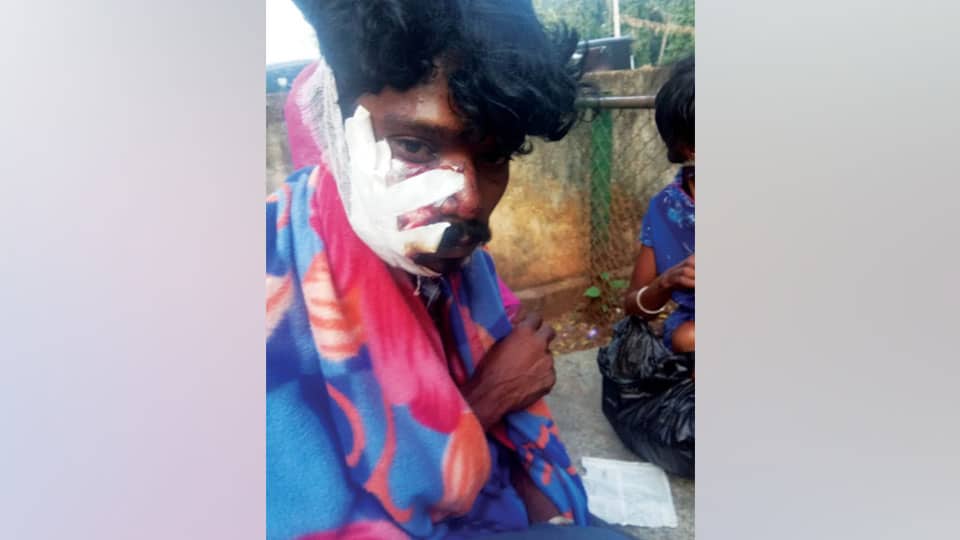 He was sleeping outside his house when the elephant attacked him

Mysuru: A 28-year-old tribal youth, was severely injured when a wild elephant attacked him while he was sleeping outside his house at Balle Tribal Hamlet in H.D. Kote taluk on Oct. 24 night.

The injured youth is Raju, a resident of Balle Tribal Hamlet.

Raju, who usually sleeps outside his house, was sleeping outside on Oct. 24 night also, when a tusker suddenly attacked him at midnight and gored his face resulting in Raju’s jaw being fractured.

Hearing Raju screaming for help, the residents of the hamlet rushed to his help and succeeded in driving away the tusker and local leaders rushed him to H.D. Kote General Hospital where he is being treated.

He is said to be out of danger, according to the doctors treating him.

Meanwhile, tribal leader Vijayakumar has alleged that incidents of wild elephant attacking people has been going on at Balle, Bawali and surrounding tribal hamlets which has resulted in deaths of five to six people and some sustaining serious injuries.

He further stated that the Tribal Development Department had not distributed compensation to the injured till date which was causing a lot of inconvenience to the residents of various tribal hamlets.