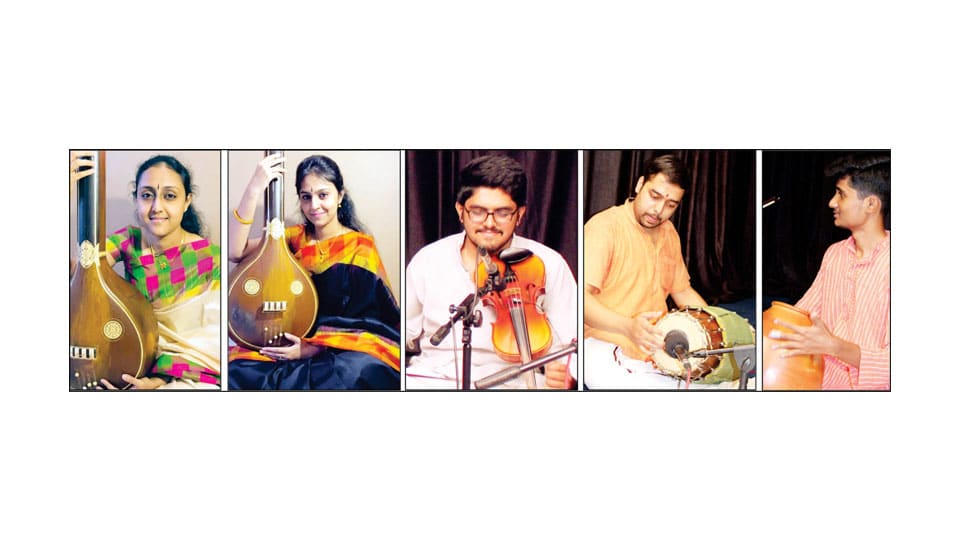 Mysore/Mysuru: Sri Thyagaraja Sangeetha Sabha Charitable Trust, Mysuru, will present an online vocal duet by Vidu. Vipanchee Raghuram and Vidu. Mahatee Raghuram in the next episode of its ‘Yuva Sangeetha Sambhrama’ series at 5 pm on Jan. 9. It will also be premièred on Sabha’s YouTube channel [https://www.you tube.com/channel/UC5duKE USvk8XXBra6TWQnSA].

They will be accompanied by promising youth artistes of Mysuru, Vid. Keshav Mohankumar on violin, Vid. Pavan Madhav Masur on mridanga and Vid. Shamith S. Gowda on ghata.