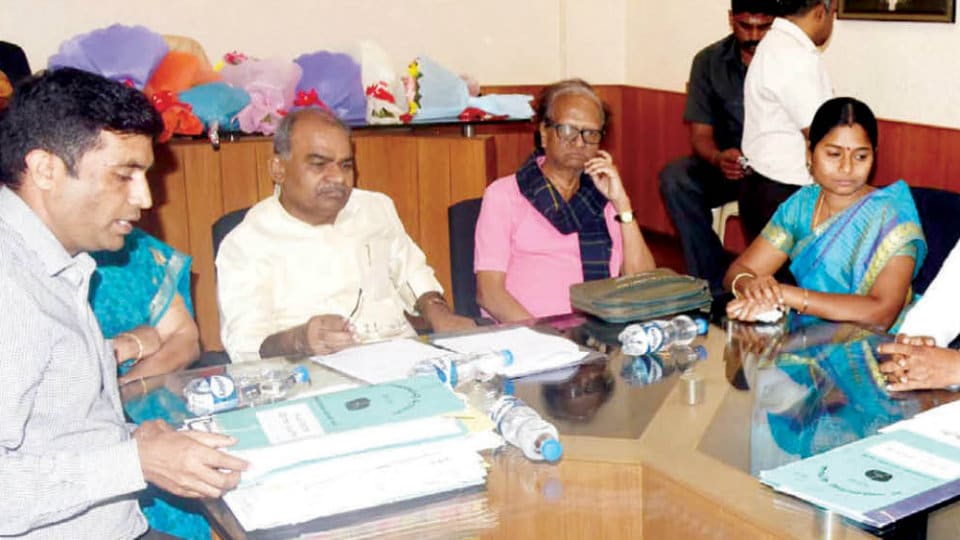 Mysuru: Kannada Development Authority (KDA) Chairman Prof. S.G. Siddaramaiah has taken strong exception against the Mysuru Zoo authorities as it does not use Kannada in its website nor do shops inside the Zoo display Kannada on their boards.

He was speaking at a meeting he was chairing yesterday regarding the implementation of Kannada in the Zoo and expressed his displeasure to the Zoo Executive Director  K. Kamala Karikalan.

Reacting to this, Kamala Karikalan said that there were some technical issues which is getting sorted out and once it is ready, Kannada language will be used in the website and action will be taken to give importance to Kannada on the signboards.

Earlier, Prof. Siddaramaiah who went around the Zoo in a battery-operated vehicle, said that he found that Kannada language had been implemented in 75 percent of the signboards and only a few shops had English signboards. There is no objection to using English but Kannada should be given prominence, he advised.

He also pointed out that all the correspondence from the Zoo was being done in English and even the rubber stamps were in English besides releasing ads in English in Kannada newspapers. He gave a photocopy of the documents to the Executive Director to prove his point.

In response to this, Kamala Karikalan said that as there were inter-State correspondence for exchange of animals, use of English became inevitable. Siddaramaiah said that if that was the case, why were lower-level staff also using English in their correspondence. He asked her to correct this anomaly and start using Kannada in correspondence. He also took objection to the absence of Additional  Chief Conservator of Forests at the meeting.

The Kannada Jagriti Samiti team, led by Prof. Siddaramaiah, perused the documents to find out about the implementation of Kannada. Also, former KDA Chairman Chandrashekar Patil (Champa) was felicitated on  the occasion.