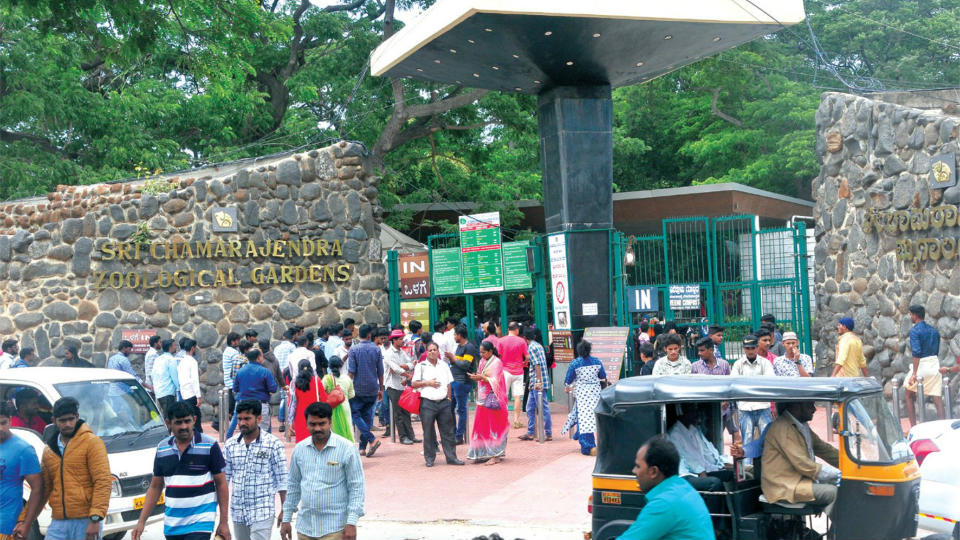 Mysuru: A daily-wager woman employee at Mysuru Zoo has been dismissed from service after it was found that she had been involved in selling the same tickets sold earlier, which amounted to repeat entry.

The racket came to light on Mar.8, when the counter staff found that 40 tickets worth Rs.50 each amounting to Rs.2,000 issued to a tourist party from Tamil Nadu carried an earlier date. When the ticket collector saw the tickets he found that the dates printed on the tickets were that of three days earlier.

Immediately, he brought it to the notice of Executive Director, Mysuru Zoo, C. Ravishankar.

On smelling a racket, he has asked all his staff to keep it under wraps. They did not find anything on Mar.9. But again on Mar.10 they found one more ticket of Rs.70 (as tickets for adults are priced at Rs.70 on weekends and Sundays) similarly. The Executive Director decided to nip the racket in the bud and immediately sacked the woman employee.

“The name of the woman employee has not been disclosed as it would affect her future life. Each employee has a separate password to log in,” said Ravishankar speaking to Star of Mysore here this morning.

However, the woman had denied the charge and said that ID and password had been leaked. But, as it had originated from one particular counter itself which she was manning and realising that there was a loophole in the system, she was dismissed. A daily wager, she was recruited five to six years ago, he said.

In order to see that such illegal activities do not recur, it has been decided to introduce scanning system in the next one week. “In fact the bar code tickets were introduced three years ago only to see that nothing goes wrong. Now we will see to it in the new system that no sooner the bar code is scanned the ticket will become null and void with no repeat entry,” he said.

Meanwhile, the passwords and ID of all the staff have been changed and some of them have also been reshuffled, he said.

Mysuru zoo
‘Save the Sparrow’ campaign in city tomorrow
Amit Shah to tour State on Mar. 26 and 27