Home » News » ‘Save the Sparrow’ campaign in city tomorrow 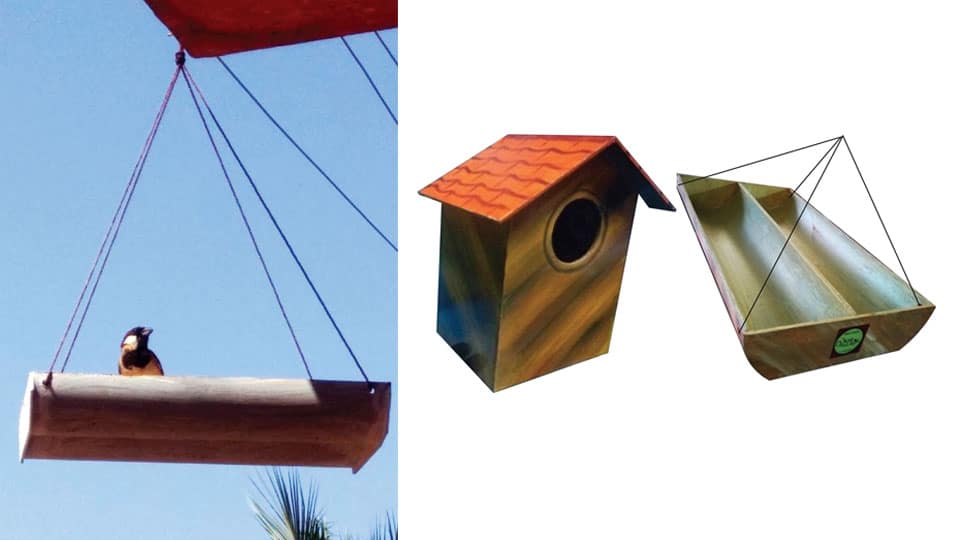 ‘Save the Sparrow’ campaign in city tomorrow

Mysuru: When was the last time you heard a sparrow chirping? These little brown-grey, lovable, small, harmless and social birds, once found in plenty, are hardly ever sighted in cities these days.

Recent surveys have shown that their numbers are declining, thanks to loss of habitat, loss of tree cover, electromagnetic radiation from mobile phone signal towers, modern agriculture, lack of food and pollution.  That’s why ‘World Sparrow Day’ is celebrated  on Mar. 20.

The aim of marking this day is to stress on the need to conserve sparrows as once-ubiquitous. These little chirpy creatures are now seen in fewer places.

A State-level campaign ‘Save the Sparrow’ is being observed on Mar. 25 and as part of it, an awareness campaign is being conducted in Mysuru too near Kote Anjaneyaswamy Temple at 10 am. The campaign aims to inspire people to make more efforts to bring back our companion — the humble sparrow.

Speaking to Star of Mysore about the campaign in Mysuru, Gayathri, one of the organisers, said that the idea was to earmark a day for the house sparrow to spread the message of conservation and mark a day to appreciate the beauty of common biodiversity which is generally taken for granted.

“As part of the campaign, we will distribute specially procured artificial bird nests and bird feeders that can be hung outside their houses for the sparrows to roost. Sparrows can live just about anywhere — bus stands, Railway Stations, gardens, schools and parks. They are known to live in colonies and survive on food grains and tiny worms. We want to bring them back to the city which is still green when compared to other cities,” she said.

READ ALSO  The Sparrows didn’t go… ...We drove them away !

“The easiest thing one can do is to put bird feeders outside their houses. Water feeders and bowls will help the birds re-hydrate. Mysuru is one among the cities where ‘Save the Sparrow’ campaign is being conducted and we want people to act, before it is too late,” she added.

On the follow-up action once the bird nest and bird feeders are distributed, Gayathri said that they will note down the addresses of people who have taken the nest and feeders and visit their places once in two months. “We will not allow the nests to be kept as show-pieces,” she said.