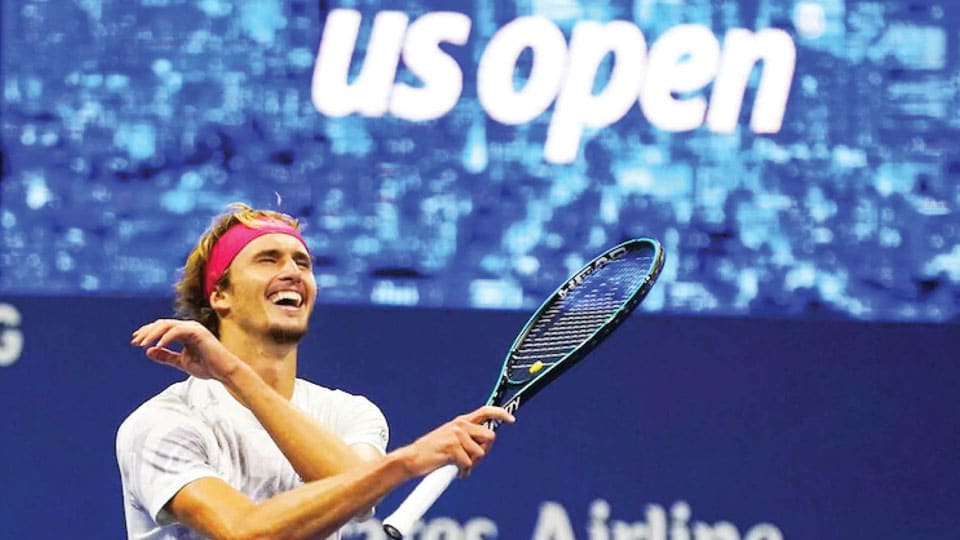 To take on Thiem in Sunday’s showpiece

New York: Alexander Zverev recovered from two sets down to defeat Spain’s Pablo Carreno Busta in a scrappy encounter and reach the US Open final on Friday.

The German fifth seed beat the 20th seed 3-6, 2-6, 6-3, 6-4, 6-3 in 3-hour-23-minute inside Arthur Ashe Stadium to set up his first ever Grand Slam final. He will play second seed Dominic Thiem in Sunday’s showpiece. It marked the first time in the 23-year-old Zverev’s career that he came from two sets down to win.

Zverev had reached his first Grand Slam semi-final at the Australian Open this year. He now becomes the first German man to reach the final of a tennis major since Rainer Schuttler at the 2003 Australian Open.

This year’s US Open field has been depleted by the absence of Roger Federer and Rafael Nadal.

The tournament was blown wide open by the disqualification of world number one and heavy favourite Novak Djokovic in the last 16 for hitting a line judge with the ball.