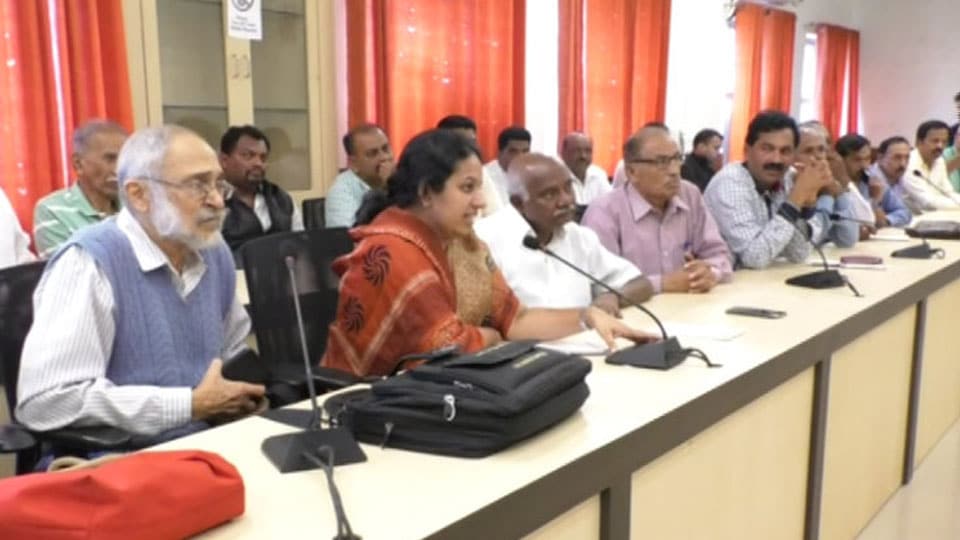 Madikeri: A 12-Member team of Engineers from Mysuru led by State JD(S) President A.H. Vishwanath left for Kodagu yesterday to scientifically assess the damage caused by floods and landslides and to submit a report on the reconstruction of flood-ravaged Kodagu.

Upon reaching Madikeri, the engineers met Deputy Commissioner P.I. Sreevidya and collected information from her on rain havoc and landslides.

Later speaking to press persons, Vishwanath said that the team of Engineers will assess the extent of the damage caused by floods and submit a report to the Government in about ten days.

Ponting out that the engineers will inspect damaged roads, bridges and other structures, he observed that re-construction works must be taken up on a war-footing, for which the team of engineers will work.

After inspection all the flood-ravaged areas, the team, comprising renowned engineers, will submit a report to the Government, he said.

Noting that varied reports have been emerging on the money needed for Kodagu re-construction, Vishwanath said that the exact extent of damage will be known from the survey and the Government will act based on the report submitted by the engineers. Maj. Gen. (Retd.) S.G. Vombatkere, M. Lakshmana, Chinnaswamy and others accompanied Vishwanath.