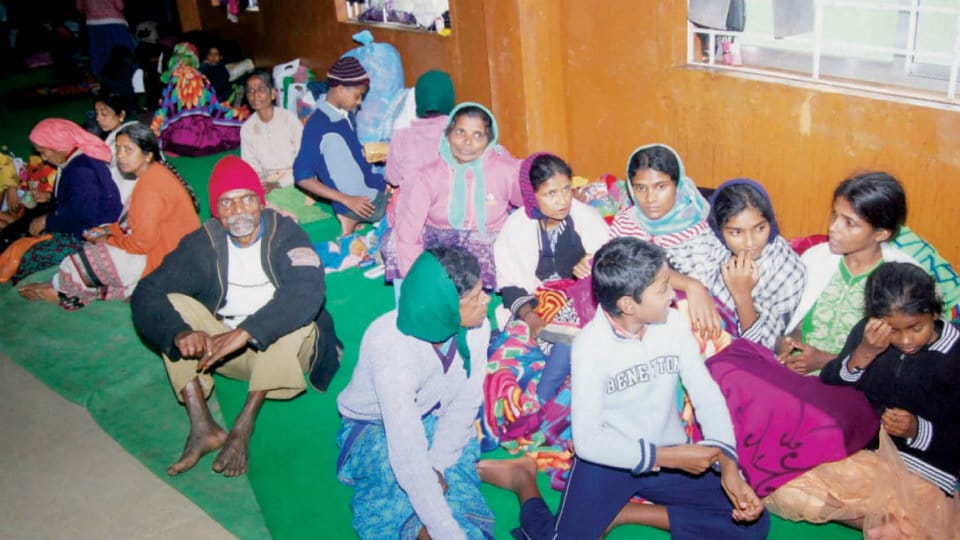 Madikeri: Even as thousands of people have been left homeless following devastating floods and landslides across Kodagu district, 3,824 people have taken refuge in 31 relief centres and camps in the district, while some have chosen to take shelter in the homes of relatives elsewhere and as well as in some home stays.

About 1,500 people have taken shelter in nine relief camps run by Seva Bharati, a wing of the RSS and all of them have been issued identity cards. The Seva Bharati has recorded complete personal details of those who have taken shelter there and also about the losses that they have suffered due to the natural calamity.

But the District Administration, which has opened many such relief centres/camps at different places in the district, has not bothered to issue identity cards to the flood victims and also has not recorded personal details about the victims. As such, the Administration does not have much information about the victims sheltered there, who move in and out.

As per the details available at the Control Room set up by the District Administration, there were 7,080 people in relief camps, at the time when they were set up following rain-havoc over 10 days ago. But according to the statistics available on Aug.25, only 3,824 people are still sheltered in relief centres.

The District Administration has not bothered to gather information about those victims who have taken shelter at the homes of their relatives or staying at home stays.