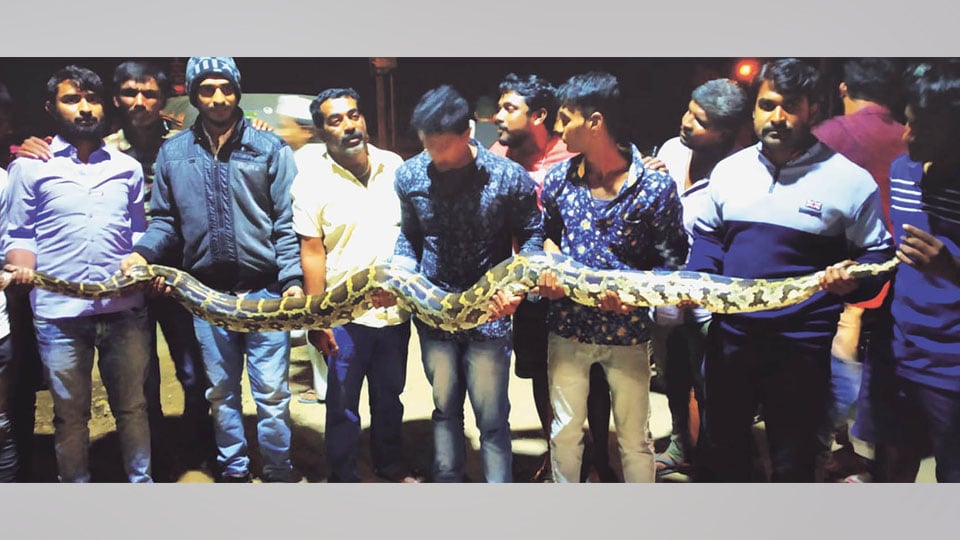 People near a petrol bunk in Srirangapatna were in for a shock after seeing a 12ft long python yesterday. Soon, they informed ‘Snake’ Sultan, who arrived at the spot and rescued the reptile which weighed about 50kg and released it into the wild. A few people were seen taking pictures on their mobiles by dangerously wrapping the python around their necks.