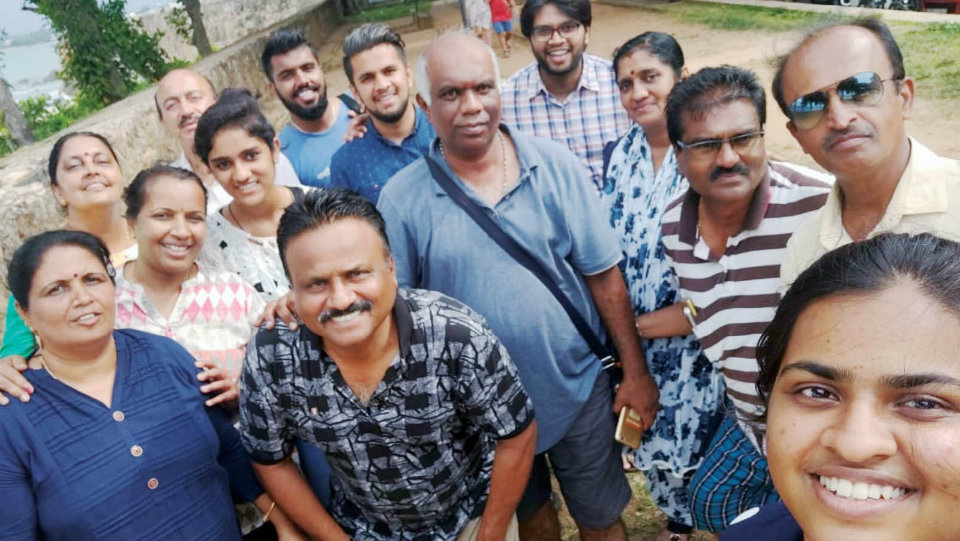 Group to return to city tomorrow

Mysuru:  A 14-member tourist group, out of whom five are Geologists, all from the city, who were on a six-day tour of Sri Lanka, are safe.

The five Geologists M.V. Ravishankar (BJP leader), K.V. Vedamurthy, Channabasappa Basavaraju, Vinay Ranganatha Hebbar and H.N. Umesha and their family members H.A. Shyla, Mouna Umesha, Poornima Ravishankar, Anup Ravishankar, B.S. Shalini, H.P. Swarupa, Gouthami Vedamurthy, Ranganatha Subba Rao and Sanath Ranganatha, are all safe in the Bentota Hibiscus Resort, about 40 kms from Colombo, after the serial bomb blasts that rocked Sri Lanka on Sunday killing nearly 300 people. They were on a six-day tour to Sri Lanka from Apr.19. They left early morning from Kempegowda International Airport, Bengaluru and flew to Colombo. From there they went to Pinnawala and later to Kandy.

On Apr. 20, they visited Nuwara Eliya and after sightseeing,  returned to Kandy. From there, they travelled to Bentota where they were staying in Bentota Hibiscus Resort when the tragedy struck. They have cut short their visit and are staying in the resort itself. They are planning to return to Mysuru tomorrow (Apr. 24) as per their flight schedule.

All arrangements are being made for their safe return.