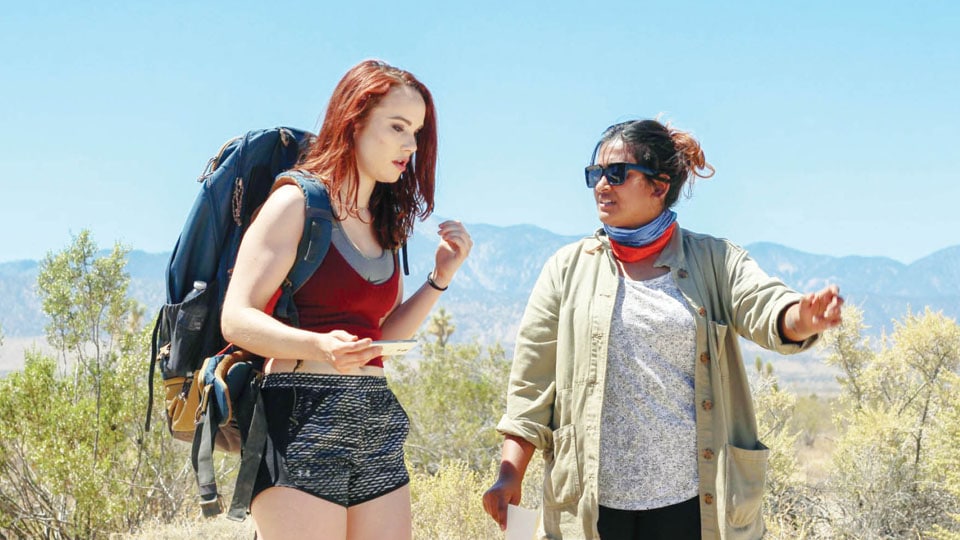 Mysore/Mysuru: A movie that has been made by two sisters who have their roots in Mysuru has bagged Hollywood Gold Awards Certificate for original story. The movie, ‘The Day I Met Joshua’ has bagged the award in recognition of excellence in film-making.

The movie has been written, edited and directed by Rajni Mysore Chamaraj and her sister Shynica Mysore Chamaraj, who is also the writer and executive producer of the movie. It is a 15-minute movie, short drama and tells the story of Reena, a social media influencer, who encounters an unusual moment in the desert where she gets a glimpse of her true self as she experiences a moment that opens doors to a long path of self-discovery.

The movie has a contemporary theme of connectedness in the age of the internet. It is a unique and a powerful perspective on human relationships, nature, and universal consciousness. It is a captivating story of a woman’s self-realisation that has the power to touch lives, move people, and change the world.

The movie was recently screened at the prestigious Yellowknife Film Festival, A Canadian Academy qualifying festival. It was screened to a private audience at the Warner bros. Studios in Burbank, California, in the very same auditorium where Hollywood’s iconic films like ‘Casablanca’ and ‘Blade Runner’ were screened.

Rajni is the elder of the two sisters and she won the Best Debut Director in the Hollywood Film Awards and the Best Editor in the New York Movie Awards.

The sisters did their schooling in Mysuru at Manasarowar Pushkarini Vidyashrama and college education at Mahajana institutions. Rajni currently stays in Los Angeles after completing her Master’s degree in Film and Media production from New York Film Academy. Shynica currently works in the Indian Film industry shuttling between Mumbai  and Hyderabad.

Their mother Rajashree Mysore Srinivasan is a KAS Officer and father Chamaraj Mysore Ramamurthy is a Civil Engineer. They were earlier residents of Mysuru but shifted to Bengaluru due to professional reasons.

The sisters’ maternal grandfather M.R. Srinivasan was a Kannada film producer and was fondly known as Premier Srinivas. His film ‘Avala Antharanga’ won Karnataka State Film Awards in several categories. His other films including ‘Anna Athigae’ starring Sahasa Simha late Dr. Vishnuvardan and Bharathi also was a hit among the audience.