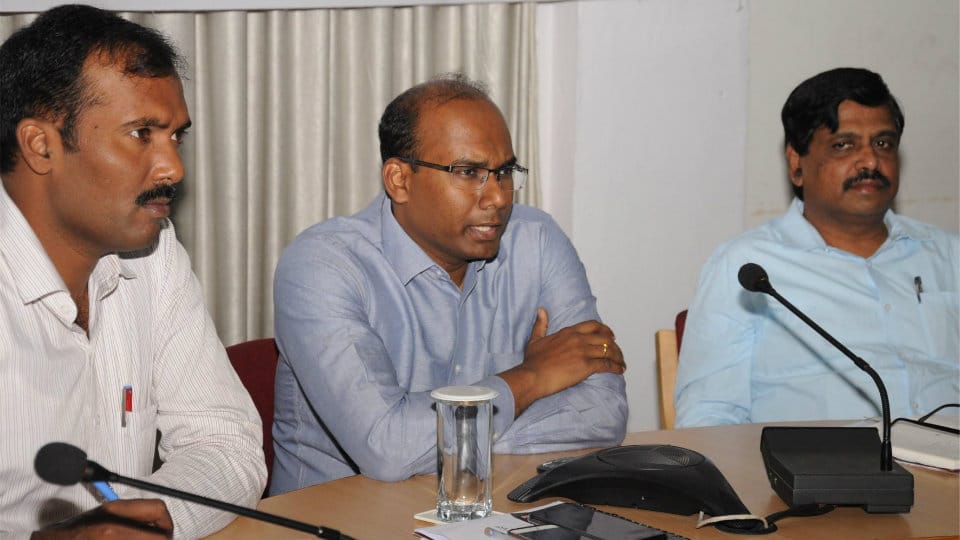 Mysuru: Nearly 16 complaints were registered at the phone-in programme organised at the DC Office here keeping the Deputy Commissioner D. Randeep busy answering to the calls. The complaints ranged from problems of bad roads, stinking drainages and bullying by ruffians, to loudspeaker menace.

A caller from Udayagiri complained that ruffians were creating problems for women and children as they teased them, talked at the top of their voice on the mobile phones just to attract attention and being nuisance to the people in the areas. The caller said that though several complaints had been lodged in the police station, no action had been taken to curb the menace. The DC assured to write to the Police Commissioner to take action.

Another caller from Kumbarkoppal called to complain about the illegal construction going on next to his house. He said that though the Corporation had issued a notice, the person concerned was continuing with the construction.

The road from Jayanagar to Akshaya Bhandar was in a bad shape, said another caller and demanded to repair the road at the earliest as they were finding it very difficult to drive on this road.