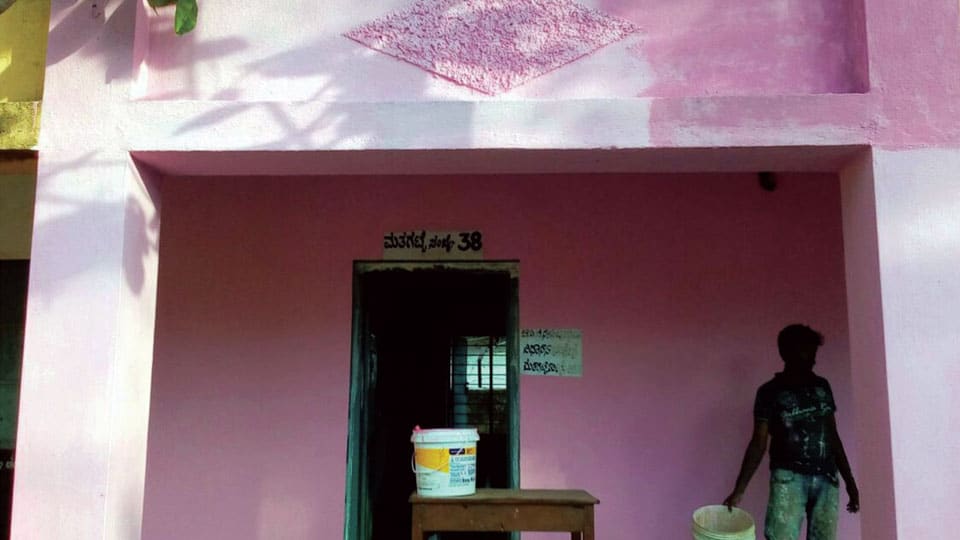 Mysuru: The Election Commission and the District Administration are setting up special ‘Sakhi’, or ‘Pink’, polling booths for the upcoming Karnataka Assembly Election. These special booths will be staffed entirely by women — from the presiding officers to the micro-observers and security personnel. This is being done to attract more women to vote.

There will be at least 450 such booths across the State and the booths will be painted pink, decorated with pink balloons, tablecloths, walls, etc., and the officials will all be dressed in shades of pink.

In Mysuru, there will be 24 such booths across the 11 constituencies — Chamaraja, Krishnaraja, Narasimharaja, Chamundeshwari, Periyapatna, Hunsur, K.R. Nagar, H.D. Kote, Nanjangud, Varuna and T. Narasipur.

On its part, the District Administration has begun painting of such booths and the Election Commission has launched a promotional campaign on pink polling booths in the electronic media. In the campaign, female poll staff is seen wearing pink clothing while the booth interiors too are of pink hue.

It is for the first time in Karnataka, all-woman polling booths will be established across the 224 constituencies of the State. The Election Commission of India had trialled this idea for the first time in the Assembly polls in Punjab and Himachal Pradesh, followed by Gujarat and more recently in the Northeast.

Women make up about 50% of the voters across the 11 constituencies of Mysuru. In KR, NR, and T. Narasipur constituencies, female voters outnumber their male counterparts. In NR, out of the 2,53,051 voters, as many as 1,27,720 are women.

Officials said that the pink booths have been identified in such areas where 60% of the women are registered as voters.