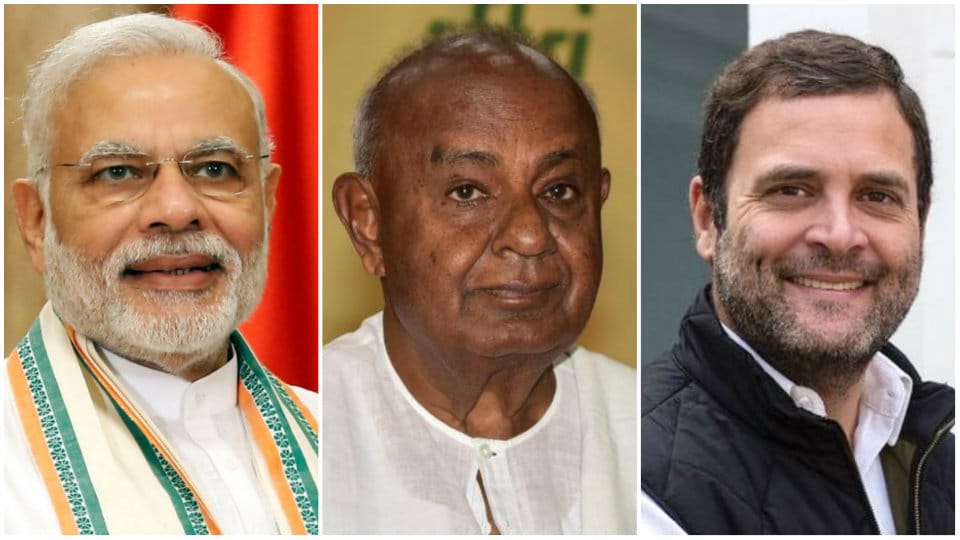 If BJP wins in Karnataka, it will be easier for BJP to garner more strength during 2019 Lok Sabha polls which would eventually enable Narendra Modi to become PM again. Added to that, BJP may gain strength in Tamil Nadu, Kerala and Andhra Pradesh also.

If Congress wins, it would get power for the second term and possibly would be a prelude in favour of Congress for 2019 Lok Sabha poll. Rahul Gandhi aspiring  to become the Prime Minister may end up in reality. If JD(S) wins the election, chances of the Third Front becoming popular in the country would increase.

Leaders like Chandrababu Naidu, Chandrashekar Rao, Mayawati and Mamatha Bannerjee along with a few leaders of the North are said to be in touch with former PM H.D. Deve Gowda. With regional parties gaining strength in South India, it would be also easy for Congress to face the 2019 Lok Sabha Poll aligning with non BJP parties.

In a nutshell, the State poll has become an important event for all the parties with long drawn strategies.