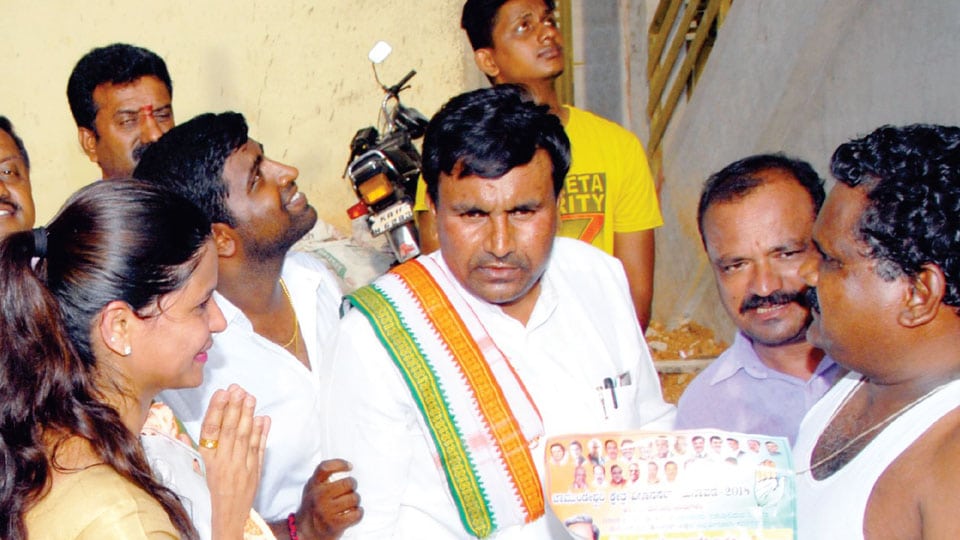 A TOUGH NUT TO CRACK FOR CM

Mysuru:  Election fury in Chamundeshwari Constituency, the Constituency that has got its name from Goddess Chamundeshwari — the presiding deity of Mysuru, has touched a feverish pitch where Chief Minister Siddharamaiah is fighting his last electoral battle and G.T. Devegowda is fighting to retain his seat. The constituency will witness a titanic clash between Congress and JD(S).

The mute question that is looming large in Chamundeshwari is whether it would once again come to the rescue of Siddharamaiah who in 2006 received a political rebirth from here or will it prove lucky for G.T. Devegowda, a one-time close friend of Siddharamaiah, now a strong adversary.

The tussle this time has all the trappings of the epic 2006 by elections held in this constituency where Siddharamaiah — who was thrown out of the Janata Dal (Secular) and had just joined the Congress — scraped through on a wafer-thin margin of 257 votes, in a victory that saved him from political oblivion and revived his fortunes besides the Constituency that gave the CM ‘rebirth’.

A poll veteran Siddharamaiah has won a total of five elections out of seven from Chamundeshwari (1983, 1985, 1994, 2004 and 2006) and two from Varuna (2008 and 2013) and instead of seeking Varuna he returned to his home constituency to seek the mandate from the people for the last time in his electoral battle.

Though in 2013 he had stated it would be his last poll battle, he had sworn to defeat BJP from recapturing power and is leading the Congress to return to Vidhana Soudha in the current elections. Siddharamaiah is also trying his electoral luck from Badami in Bagalkot district.

READ ALSO  Memorandum to Shah to field Vijayendra from Varuna

15 CANDIDATES IN THE FRAY

Though there are over 15 candidates in the fray, including S.R. Gopal Rao of the BJP, the battle is clearly between Siddharamaiah and Devegowda. With Siddharamaiah campaigning extensively to ensure his victory and the JD(S) first family — led by party supremo H.D. Deve Gowda and his son Kumaraswamy — batting for Devegowda, Chamundeshwari has attracted the attention of the entire State and political observers.

Although Siddharamaiah, on several occasions, has maintained that the Constituency, which gave him a political rebirth in 2006, has been close to his heart, and wanted to contest his last direct election from the same Constituency, political pundits and the Opposition parties view his decision as a step to ensure his son’s victory in Varuna.

Siddharamaiah, who had kept away from making frequent visits to Chamundeshwari after switching over to Varuna, has started to re-connect with the voters of Chamundeshwari            only now. He has managed to patch up the differences with his old friends.

G.T. Devegowda, on the other hand, has been faithful to the constituency and he is banking on this factor. At the same time, he is convincing the voters that Siddharamaiah has gone out from Chamundeshwari and now he has chosen Badami as his second constituency. 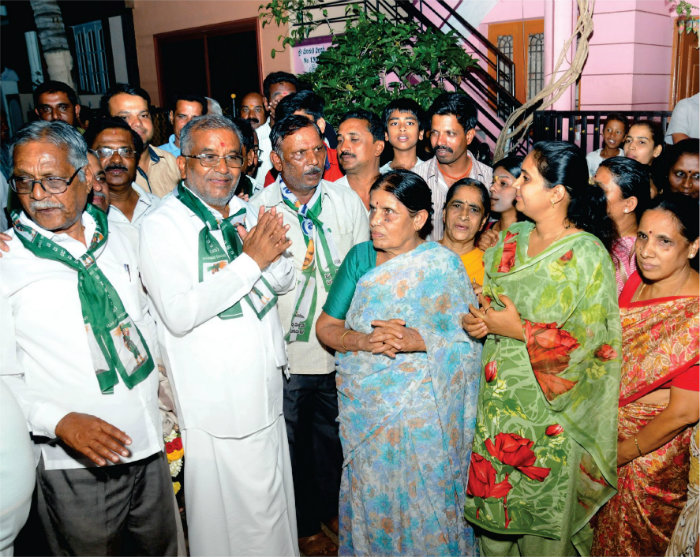 This was evident during the CM’s election campaign in Chamundeshwari when he (CM) was publicly rebuffed by his old friend Gram Panchayat (GP) Member Mariswamy who refused to vote for him (Siddharamaiah), Devegowda added.

Devegowda said people of Chamundeshwari know his style of functioning and his workaholic nature. He said people have no love for Siddharamaiah and they would prefer electing a person who is accessible. “They will prefer an ordinary person like me against political giants like Siddharamaiah,” Devegowda said.

For G.T. Devegowda, it is an advantageous situation as local leaders, former Ministers V. Sreenivasa Prasad of the BJP and A.H. Vishwanath who recently joined the JD(S) are backing G.T. Devegowda. Both leaders nurse a grudge against Siddharamaiah for ignoring and sidelining them.

After delimitation in 2008, most of the villages, which formed Siddharamaiah’s support base were shifted to the adjoining Varuna constituency and forced him to switch over to Varuna from where he won in 2008 and 2013 elections.

Leaving nothing to chance and when it became clear that Siddharamaiah would fight his last electoral battle from Chamundeshwari, six months ago, the JD(S) began cultivating the voters in the Constituency from the grassroot level. Both former Prime Minister H.D. Deve Gowda and JD(S) State President H.D. Kumaraswamy held a series of meetings in the constituency with the sole aim of ensuring a defeat of Siddharamaiah.