Home » News » 2,446 beneficiaries to get houses under ‘Housing For All’ scheme 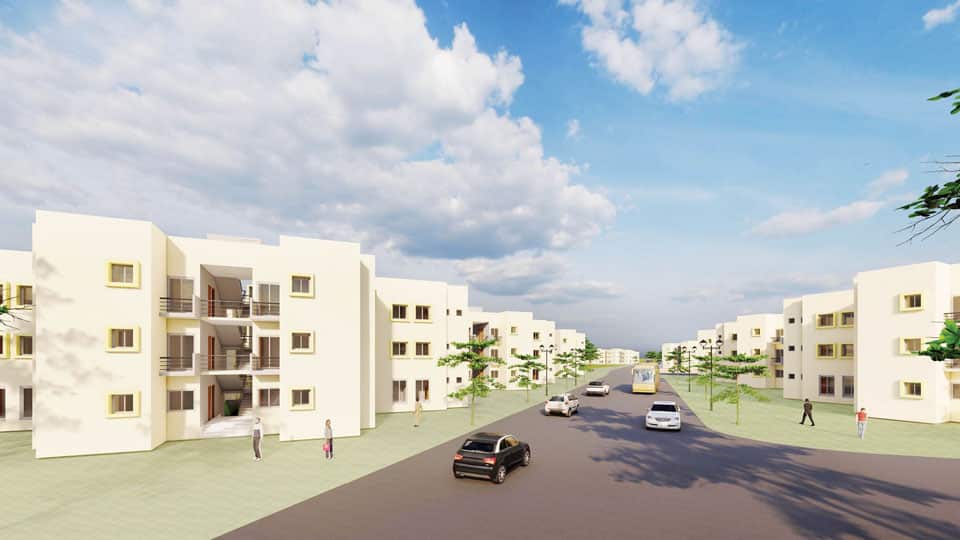 2,446 beneficiaries to get houses under ‘Housing For All’ scheme

Announcing this at a press meet at MCC’s Old Council Hall here this morning, Chamundeshwari MLA G.T. Devegowda (GTD) said that the mega housing project, to be executed by State-run Rajiv Gandhi Housing Corporation Limited (RGHCL), is being taken up under PMAY-HFA (Urban) — Pradhan Mantri Awas Yojana – Housing For All — scheme.

Highlighting the salient features of the Project, GTD said that houses will be of G+1 and G+2 type, with 6 blocks of G+1 type and 176 blocks of G+2 type, having a total of 2,160 units from 182 blocks (176+6). Pointing out that each block will have Ground Floor, Second Floor and Terrace (Stair headroom), he said that the total super built up area is 409.59 sq.mts. The project will come up in an area of 33 acres, he noted adding that the estimated cost of the project is Rs. 168.45 crore.

Chronicling the start of project, GTD said that on Feb. 7, 2005, the then Deputy Chief Minister (Dy.CM) Siddharamaiah, who was also the Chamundeshwari MLA, sanctioned acquisition of 40 acres, 32 guntas of land at Mandakalli for allotment of 1,410 sites to beneficiaries of the constituency, which was approved by the then Chamundeshwari Constituency Ashraya Samiti at a meeting chaired by Siddharamaiah on Nov. 25, 2007. Subsequently, RGHCL wrote to the then Deputy Commissioner and as well to MCC to take necessary action for construction of G+1 and G+2 type houses. Later, the DC on May 21, 2016 submitted a proposal to RGHCL regarding construction of 2,446 houses in 40.32 acres of land at Mandakalli.

After going through various other process, the Government on Aug. 24, 2020, authorised RGHCL for construction of 2,446 houses at  a cost of Rs. 168.45 crore, following which RGHCL invited tenders. After a delay due to COVID pandemic, the contract was finally awarded to AGJ Construction and the work order was issued on Apr. 25, 2022 and now the Housing Minister will lay the foundation stone at Mandakalli on July 23, GTD explained.

Pointing out that many complaints have been received regarding unauthorised sale of allotted houses for a premium, he said that he has asked the officials to form a Committee to find out the original beneficiaries and illegal sale/ occupation of houses. He has also directed for taking stringent action against all those officials involved in irregularities, discrepancies and lapses, he added.

MCC Commissioner G. Lakshmikantha Reddy, responding to GTD’s direction, said that the MCC will order a thorough probe into the matter and action will be taken against errant officials. Criminal cases will  also be registered against all officials and staff found guilty, he added.