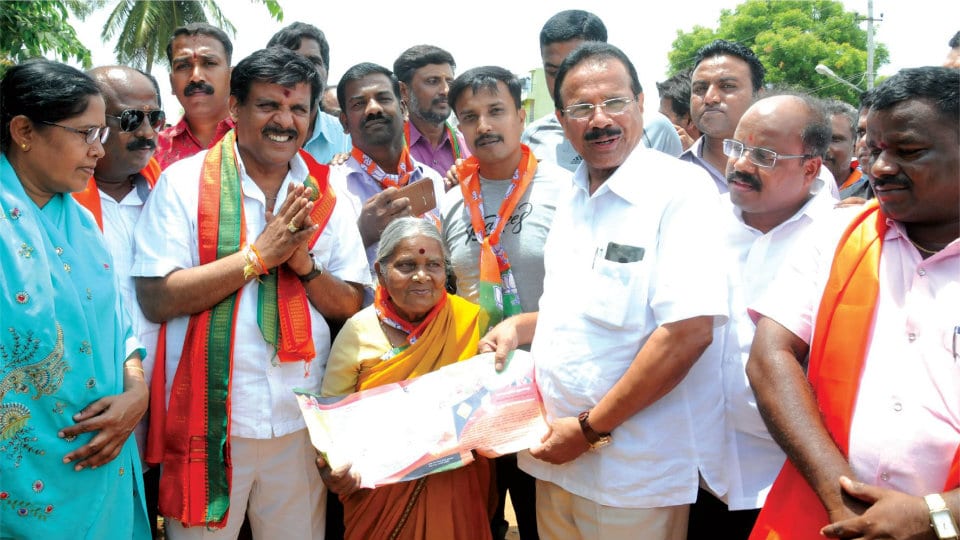 Later speaking, Sadananda Gowda said that the BJP has prepared constituency-specific manifestos for all the 224 Assembly segments of the State.

Pointing out that as Mysuru is a heritage city, he said that the party has plans to develop the city as a ‘Thematic City.’

Listing out the party’s agenda for the three Assembly segments, he said that the BJP if voted to power, will focus on scientific waste disposal and management, boost tourism by promoting Yoga Tourism, Health Tourism, Cultural Tourism and revival of sick industries, de-congesting roads, smooth vehicular movement and the like.

He further said that the pending Film city project, which aims to provide jobs to thousands of people, will be expedited.

Referring to the BJP’s prospects in the May 12 Assembly polls, the Union Minister expressed the hope that the party will return to power with a comfortable majority.

Maintaining that Prime Minister Narendra Modi’s rallies across the State will greatly boost the BJP’s prospects in the May 12 Assembly polls, he dismissed any tacit understanding between the BJP and JD(S).

Accusing the Congress of making baseless allegations against PM Modi, he said that the Karnataka polls will be one step further in making the country free from Congress, which is losing power in one State after the other.

He further said that PM Modi was committed to resolve the Mahadayi row once the BJP assumes power in the State. City BJP President Dr. B. H. Manjunath, Former State Women’s Commission Chairperson Manjula, leaders Yashaswini Somasekhar, Mahesh and others were present.