Home » News » 38 rowdy-sheeters to be banished from Mandya 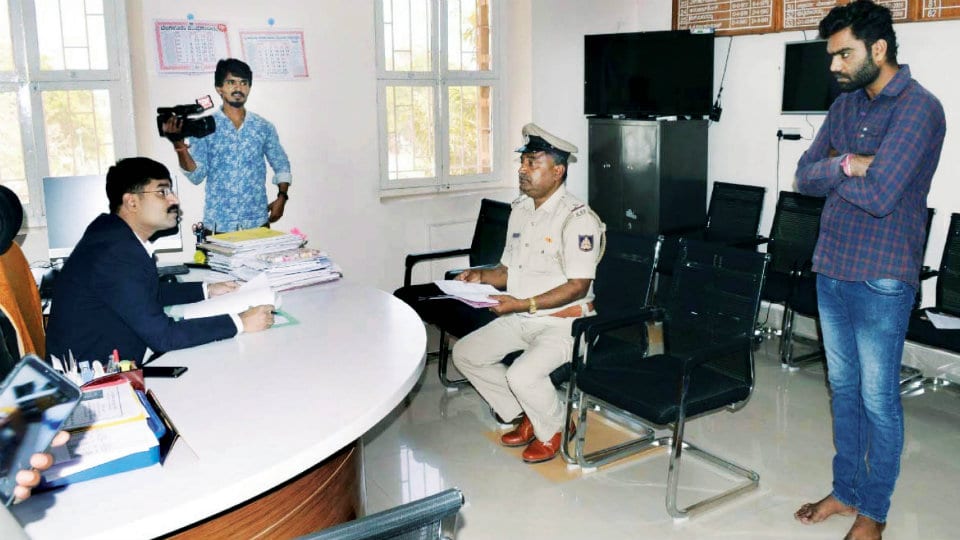 38 rowdy-sheeters to be banished from Mandya

Mandya: Thirty-eight rowdies including some of the most feared ones are set to be banished from Mandya for creating law and order problem and for instilling fear among the people of Mandya.

The District Administration and the Police together have identified the 38 rowdies in their efforts to maintain peace in the Sugar Bowl.

In the last two months, more than eight murders have rocked Mandya and more than 10 dacoity cases were reported along with a series of chain-snatching cases. Investigating the cases, Mandya District Police led by Superintendent of Police Parashuram prepared the list of rowdies and had submitted the same to Deputy Commissioner Dr. M.V. Venkatesh recommending their externment from Mandya to restore peace.

These rowdies were from the areas including Srirangapatna, Belagola, Palahalli, Maddur, K.M. Doddi, Malavalli, K.R. Pet and Mandya.

Based on the list submitted by the SP, the DC issued notices to rowdies asking them to appear before the DC, who is also the District Magistrate who has the powers to extern the rowdies. Yesterday, DC Venkatesh had summoned the rowdies, including Shiva alias ‘Danger’ Shiva, to his office and were asked why they should not be externed (banished) from the district.

These rowdies have been cornered by the Police for creating fear in the minds of residents by threatening and through their illegal acts and based on the feedback given by people, media and well-known persons in the society, cases were booked and the externment list was prepared, said the Police.

DC Venkatesh said that the externment duration depends on the gravity of the crime and the duration of banishment will extend from three months to one year. They will be given a chance to reform, he added. After the DC enquired every rowdy, their relatives and advocates gave an undertaking to the DC that they will not indulge in such activities. The DC’s hearing was video recorded as evidence.

“We have asked the rowdies to provide surety from one Gazetted Officer. Only those who provide a Gazetted Officer surety will be given a chance to reside in Mandya and the rest will be banished,” Venkatesh said.

“Several people were a threat to peace and with their illegal activities, they were disturbing the society. Each case has been examined in detail and they have been asked to bring a Gazetted Officer as surety. District revenue officers and the Police have been asked to keep a watch over rowdy activities and report such people to higher-ups so that peace can be maintained,” Venkatesh said.