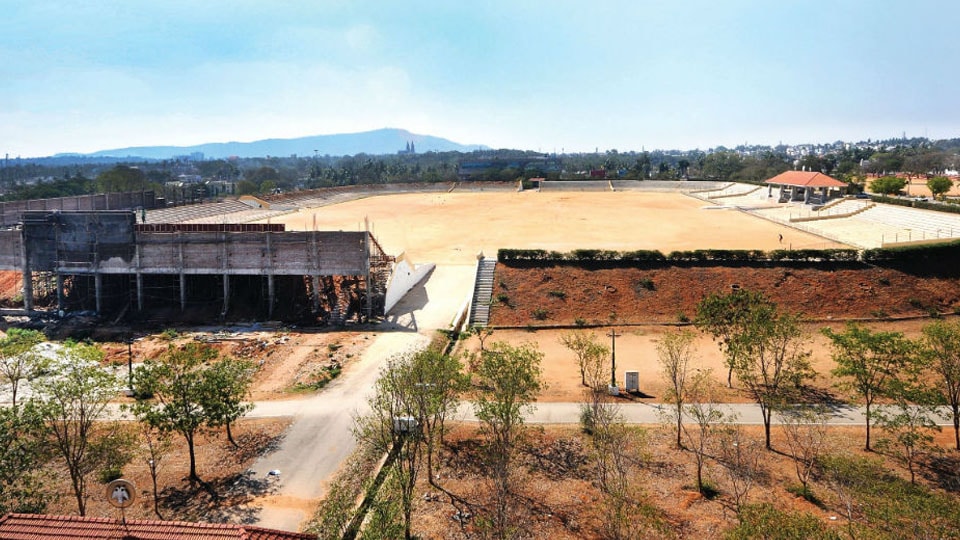 Mysuru/Mysore:  A Working Dress Rehearsal and a Cross Belt Rehearsal will be held at Bannimantap Parade Grounds in city on Jan. 23 and 24 to prepare for the Republic Day (R-Day) to be held on Jan. 26. These will be full-dress rehearsals where uniformed troops (school children, civil society members, contingents of belt force personnel, senior civil and Police functionaries) are expected to march around the Ground as a prelude to the R-Day celebrations.

Briefing Police personnel on their roles and responsibilities, Deputy Commissioner of Police (Crime and Traffic) B.T. Kavitha at a meeting held yesterday at the City Police Commissioner’s Office said that the names of the officers and personnel who are participating in the parade has been sent to the District Armed Reserve Office and no one must abstain from attending the rehearsal and the main day parade.

Along with the march-past, cultural programmes will be held and importance will be given to security and cleanliness. Over 40 CCTV cameras are being installed at the Grounds and Anti-Sabotage Teams will be deployed. Metal detectors will be used to screen all visitors, she added.

To prevent dust from rising at the Grounds,  water sprinklers will be used at the venue. The Mysuru City Corporation (MCC) authorities have been asked to make arrangements to provide mobile toilet facilities to the personnel and visitors participating in the parade.

Doctors and nursing staff, along with two ambulances from K.R. Hospital must be stationed at the Grounds, the Health Department was told.

DCP-3 C. Chennaiah, KARP Mounted Police Commandant Nagaraju and other officials were present at the meeting.