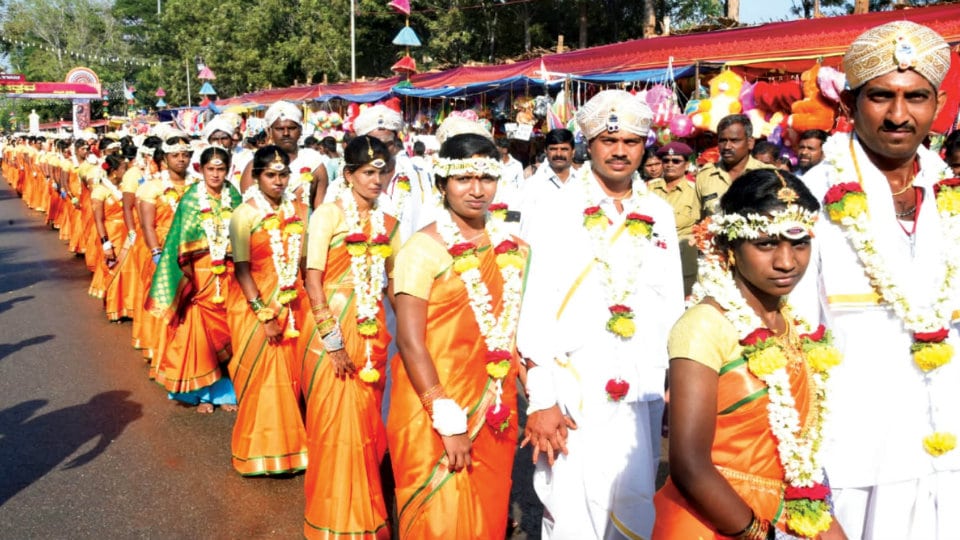 Suttur: A total of 178 couples tied knot at the mass marriage ceremony held during Suttur Jathra this morning. This included two couples from Tamil Nadu along with five specially-abled couples and two widows. Jathra Mahotsava Samithi provided mangalasutra, saree and toe-ring for bride and dhoti, valli and shirt for the groom.

Speaking on the occasion, Dr. Veerendra Heggade said, “Simple marriage is the intension behind conducting such mass marriages. In Srikshetra Dharmasthala, we conduct simple mass marriages every year.”